Backup performance is one thing, but separately, restores can be difficult—and it is restores that keep end users productive. Files get deleted, overwritten, corrupted, encrypted, etc., and users need them to stay productive. Slow restores result in lost user productivity, and those costs add up to millions of dollars per year. How big is this problem? Incredibly, a recent TechTarget study found that backups fail almost 40% of the time, rendering restores ineffective while instilling a false confidence in many IT organizations.1

What are some of the restore challenges organizations face on a regular basis? One of the biggest problems is that backups are often deduplicated during or after the backup process, and the process of rehydrating the backups adds a significant amount of time to the restore procedure. Every one of those minutes that employees aren’t working or users can’t access data translates to financial losses.

This problem is particularly noticeable when it comes to restoring virtual machines. If an application goes down, users and management want it back up and running in a minute or two, not hours or more, which is how long it can take to restore a deduped VM. These challenges highlight why organizations should not rely on inline deduplication. The simple fact is that those restores will just take too long to be practical. Relying on inline deduplication built into backup appliances is just as bad—and can actually get worse as the capacity grows, since those appliances just don’t scale. Undeduplicated data can boot a VM in single-digit minutes while deduplicated VMs can take about an hour to boot.

Even low-cost disk can be expensive when the enterprise maintains daily, weekly and monthly backups.

This is where ExaGrid shines. The ExaGrid disk cache Landing Zone solves the restore problem. Since backups in the landing zone are not deduplicated and are in their native backup app format, they avoid the lengthy data rehydration process and are ready for immediate restore and return to service.

Adding ExaGrid to an organization’s backup strategy is simple. ExaGrid works with the industry’s leading backup and restore applications, including Veritas NetBackup, Commvault, Veeam, Oracle RMAN and over 20 others. As for backup performance, the combination of concurrent parallel backup streams and file system tweaks for large backup jobs makes ExaGrid unique and actually improves overall performance for both backup and restore.

ExaGrid also is a scale-out architecture that keeps the backup window fixed length as the data grows. Last, its non-network-facing tier (where the deduplicated retention data is stored), along with delayed deletes and immutable data objects, allows IT organizations to recovery after a ransomware attack or other security events. 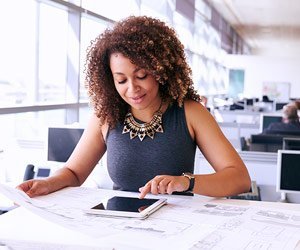