The rush to the cloud continues unabated. In 2018, the global public cloud market will reach a whopping $178 billion—up from $146 billion in 2017—and continue to grow at a compound annual rate of 22%, according to Forrester Research.

The question is not whether to embrace cloud, but how to do so effectively and efficiently. Most IT decision-makers would probably sign up today if you told them they could wave a magic wand and, poof, all of their applications could be modernized, running smoothly and securely in the cloud.

The cloud is a lot of things, but it’s not magic. Key challenges in moving to the cloud include:

It may not be magic, but VMware customers can pretty much make these obstacles disappear. A new service, called VMware Cloud on AWS, enables IT to shift workloads to a familiar vSphere environment running on AWS infrastructure that incorporates a broad range of AWS services as a direct extension of their on-premises data centers.

Software-defined architecture is the foundation for these new capabilities. Playing a key role is VMware vSAN, which allows organizations to easily and transparently leverage a storage deployment model that can run on any hardware and any platform, whether on premises or in the cloud.

Leveraging core software-defined technologies such as vSAN, vSphere and NSX, the VMware Cloud on AWS service enables IT to achieve some of its core goals, such as:

Personnel can manage the VMware Cloud on AWS environment using technologies they are already familiar with, so there are really no new skill sets required and there is consistency among tools, policy and management. Organizations can keep their legacy infrastructure investments on premises, while still embracing a consumption-based pricing model and new software-defined technologies in the public cloud.

Conclusion
Cloud is here to stay. But “cloud first” does not mean “cloud only.” Organizations can achieve the best of both worlds—on-premises data centers and public cloud services—by easily leveraging familiar technology platforms that seamlessly span different environments and clouds. The emergence of software-defined infrastructure makes it easy to pick a consistent platform for each workload without having to worry about issues surrounding application portability or personnel skill sets. It may not be magic, but it’s a much simpler and safer path to the cloud.

×
Top 6 Things to Demand from Disaster Recovery as a Service 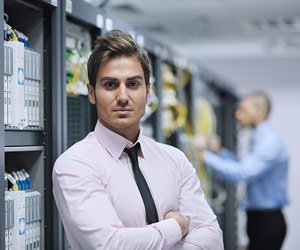