Though they existed in the same general market, Axcient and eFolder had different technologies, different platforms and different customer bases. They’re all the same now.

Axcient and eFolder said Thursday that they are merging, bringing together Axcient’s cloud-based disaster recovery and data protection platform and eFolder’s cloud business continuity, cloud file sync and cloud-to-cloud backup. The new company will be called … well, we’re not sure about that yet.

“We plan on converging these technologies to become the best in breed in this category of backup and disaster recovery,” said Matt Nachtrab, who just last week was named CEO of eFolder and will run the combined company. “The technology is really driving the desire of bringing these companies together.”

The eFolder line of products, including backup and disaster recovery platform Replibit, which it acquired last year, is geared toward SMBs. Replibit enables recovery on an appliance or in the eFolder cloud. The vendor also sells Anchor file sync and Cloudfinder cloud-to-cloud backup software.

Axcient is a pioneer of disaster recovery as a service (DRaaS), said Justin Moore, its founder and CEO who will be chief strategy officer of the combined company. In addition to DRaaS, Axcient provides copy data management, orchestration and automation under a single cloud-based server, Moore said. The vendor brings a more midmarket reach, but also hits SMBs and the enterprise.

Over time, Nachtrab said he expects the combined company’s offerings to feel more like a suite of products than separate lines. 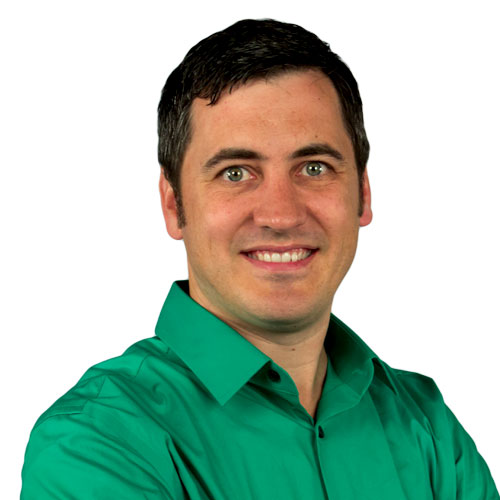 The two companies claim more than 50,000 customers with a reach of 4,000 managed service providers (MSPs) after the merger.

Nachtrab said the new management team has not yet decided on what to call the combined company, though he threw out the idea of calling it Axcient.

“The Axcient brand name is very strong,” Nachtrab said. Either way, he said, the company will likely keep the Axcient or eFolder brands for its products and services.

The idea to merge came when Axcient went looking for funding, a quest that led it to private equity firm K1 Capital Investment. K1 owned controlling interest in eFolder and decided to fund Axcient and bring the two companies under common management.

Axcient and eFolder describe the convergence as a merger rather than one company acquiring the other. They have not disclosed financial details of the transaction.

While eFolder hosts its cloud services in its own data center, Axcient uses the public cloud. After the companies’ products are integrated, Nachtrab said eFolder will be able to move its data to the public cloud by using Axcient Fusion technology.

Axcient Fusion, an orchestration and automation software platform that launched last year, targets the midmarket through both MSPs and direct sales. And eFolder sells almost entirely through MSPs.

Kevin Hoffman, an eFolder founder, will serve as CTO of the combined company. Hoffman held that position at eFolder before the merger.

Nachtrab said they have offered jobs to all Axcient and eFolder employees. If all accept, the company will have more than 300 employees.

The combined company will keep its four offices for now, Nachtrab said. Axcient’s headquarters are in Mountain View, Calif.,  with satellite offices in Austin, Texas and Smolensk, Russia, while eFolder is based in Denver.