What You Probably Don’t Know about HDDs

When you look at a hard disk drive (HDD), it seems like they haven’t changed in, well, forever. They obviously continue to increase in capacity and performance, so something is definitely changing. But what exactly goes into modern HDDs?

When IBM introduced the first HDDs in the 1960s they were formidable, with 14-inch platters that stood over a foot high – and yet stored mere megabytes of data. Over the years, the ‘standard’ HDD form factor shrunk to 8-inch, 5.25-inch, 3.5-inch, and 2.5-inch enclosures that fit in a shirt pocket. But it’s not just the size that has drastically changed.

There are immense pressures being placed on HDD engineers. With the amount of total, new data generated already measured in exabytes – soon to be zettabytes – the rate of data growth is essentially outpacing the ability for drive manufacturers to increase the areal density to store all those bits. But grow they must since HDDs are still the most cost effective way to provide real-time access to data – lots of data. Tape is cheap but it may take days to retrieve data from archives. Flash and SSDs are great but even the most aggressive projections indicate that SSD pricing will carry a 7-10x premium for the foreseeable future. The largest consumers of storage devices like hyperscale cloud guys, keep reminding manufacturers like Western Digital that HDDs are critical to their business.

But as these gains become harder due to the laws of physics, HDD firms are getting innovative and looking at every aspect of HDDs to extract more value.

It’s a System, not a Device
Disk drives are not just devices. Each HDD is a complete system of its own. A typical Western Digital HDD includes a CPU, over a million lines of code, and 300 components – so do not think of a disk as just heads, actuators, and media.

The engineering feats that go into the delivery of enterprise-ready HDDs are pretty spectacular when you put them in perspective. For example, Western Digital hires aeronautical engineers to improve the atmosphere inside an enclosure and has replaced air with helium enabling more, thinner disks with lower drag and turbulence, which reduces flutter, and lowers overall power consumption. And with tolerances from head to media measured down to nanometers, tolerances are so tight that it is the equivalent of flying a passenger jet just millimeters off the ground at nearly the speed of sound – without crashing.

Western Digital’s disk drive heritage leverages the best elements of several HDD companies – IBM, HGST, WD, and even SanDisk, whose advances have also been transferred into the disk storage realm – into a single culture with a long history of efficiency. Western Digital’s holistic view of the entire storage chain from HDD to Flash brings into focus a history, diverse technology base, and extremely competitive patent portfolio required to lead the continuing charge to improve the modest disk drive.

Click here to learn more about Western Digital’s HDD offerings and how they best fit into your enterprise.

×
What’s Energy-Assisted Magnetic Recording Technology (EAMR) and why should you care? 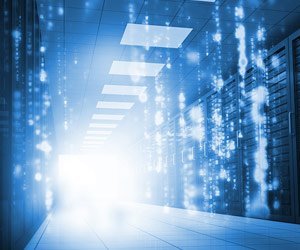