What’s Energy-Assisted Magnetic Recording Technology (EAMR) and why should you care?

When it comes to hard disk drive (HDD) capacity, more is always better. We are in the midst of a data deluge where every day several exabytes of new data are created, and the growth is only expected to accelerate thanks to billions of new sensors and IoT devices expected to be deployed over the next several years. Exabytes are becoming zettabytes faster than we know it. Higher capacity drives means more data in fewer racks, with fewer servers, in less building real estate, and lower power and cooling costs, which all adds up to lower total cost of ownership (TCO).

HDD companies have increased capacity with engineering wizardry by driving up the number of platters, filling HDDs with helium to reduce air friction, even squeezing tracks closer and closer together until they overlap. But there is a price to pay as density increases.

Narrower tracks translate to narrower heads and tighter positioning, with a resultant need to narrow the magnetic write field so that adjacent tracks – or even distant tracks – are not accidentally overwritten or damaged during writes. However, since narrowing the write head also weakens the ability to ‘flip’ the state of the media, writing narrower fields becomes more difficult. This causes a dilemma that requires advancements in write technology.

The solution lies in the use of energy-assisted magnetic recording (EAMR). Simply, EAMR involves focusing energy (more on this in a bit) at the track being written to make the media easier to write in that one spot. That additional energy provides the assist.

So, what type of energy is beamed to the write heads? No, we are not talking phasers. Anyway not yet. The two most mentioned types of EAMR are heat assist using a laser (HAMR), or microwave assist (MAMR). So HAMR and MAMR are two types of EAMR. Simple, right? Researchers have been working on these two technologies for years, and Western Digital is no exception, with a goal of delivering increasing capacity without decreasing the HDD’s MTBF (mean time between failures).

Advances are constantly being made in EAMR, such as applying bias current to write heads to reduce jitter without laser or microwave beams focused on the media, which Western Digital has dubbed energy-assisted PMR (ePMR).  Over time HDD designers will no doubt find new tools for driving density up to meet the ever-increasing demand for bigger HDDs that occupy the same space as their predecessors. Ultimately, it’s about increasing bits per inch while improving overall TCO and ensuring that drive reliability, availability, and serviceability enable enterprises and cloud providers to keep their SLAs.

Western Digital’s years of research in EAMR have led to the industry’s highest capacity 20TB Ultrastar® drives. EAMR drives are not only the future of HDDs, they are here today and offer a  method of increasing data center density without the need for fork-lift upgrades of the entire installation.

Click here to learn about what Western Digital’s EAMR technology means for your environment.

×
What You Probably Don’t Know about HDDs 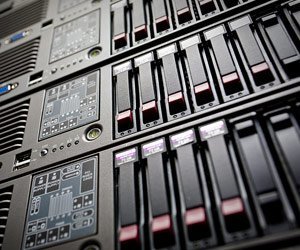