GPU virtualization means VDI can go where it's never gone before -- and that's big news for the still-niche desktop delivery technology.

"CAD doesn't work in VDI without this technology," he said.

"They would hit users that have these graphics needs, and they weren't able to fully meet those needs," he said.

To keep up with the increasing needs of power users, desktop virtualization providers have jumped at the chance to support NVIDIA's GRID technology. Citrix recently added hardware GPU sharing to XenDesktop 7, and VMware introduced the virtual dedicated graphics acceleration feature in View 5.3, both based on GRID. Plus, Amazon Web Services in November released a G2 instance of its Elastic Compute Cloud with support for GRID, to enable GPU acceleration in the cloud. 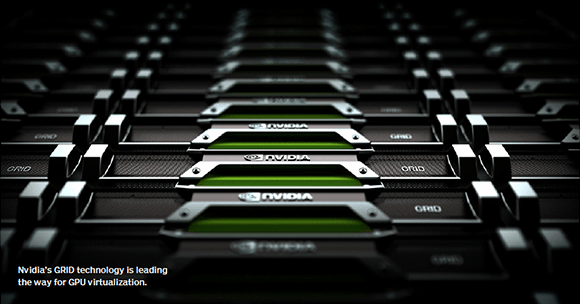 Florida Atlantic University's IT department began using VDI four years ago in an attempt to provide remote access to 3-D apps for students and professors in graphics and game programming classes—a group that makes up nearly 30% of its user base. They installed physical workstations with ATI graphics cards and Teradici Hardware Accelerator chips—but it wasn't enough, said Mahesh Neelakanta, a director of technical services at FAU. That setup caused a high physical footprint and only allowed for a one-to-one connection between user and machine.

"GPU virtualization is changing all that," Neelakanta said.

The university installed NVIDIA K1 and K2 boards earlier this year, which provide more flexibility and consolidation by allowing IT to run about 8 to 12 users per shared GPU board.

"We've been able to lower our own IT requirement because we're able to deploy the image using VDI and provide virtual desktops with 3-D acceleration to those students regardless of where they are," Neelakanta said.

With virtualized GPUs bringing desktop virtualization to more users, VDI could see higher adoption in the coming years. Still, companies must make sure that GPU virtualization will provide them benefits. For example, if you're delivering video, you may simply need remote display protocol optimization instead, Knapp said.