As I learn more about the built-in Windows command line tool for Deployment Image Servicing and Management, aka DISM, I’m always amazed at its many capabilities. As anybody who’s upgraded Windows installations knows, Windows sometimes fails to produce the right device drivers during that process. As it happens, DISM can help with that. You can use the utility to export all of the current drivers to a folder on another storage device before performing the upgrade, then return to that folder once the upgrade is done to recover drivers that Windows may not have been able to supply on its own. Experts recommend using a USB flash drive for this purpose, but any Windows-compatible storage device will do. When DISM exports drivers it references their OEMnn.inf files as stored in the Windows DriverStore folder though, so you may also want to use a tool like DriverStore Explorer (RAPR.exe) to map those arbitrary names to specific devices and the drivers that go with them.

Here’s the syntax for performing this action:

Let me explain a little more about what’s going on when DISM exports drivers, in list form:

I got a screencap of this from my production desktop to illustrate the output from running this command: 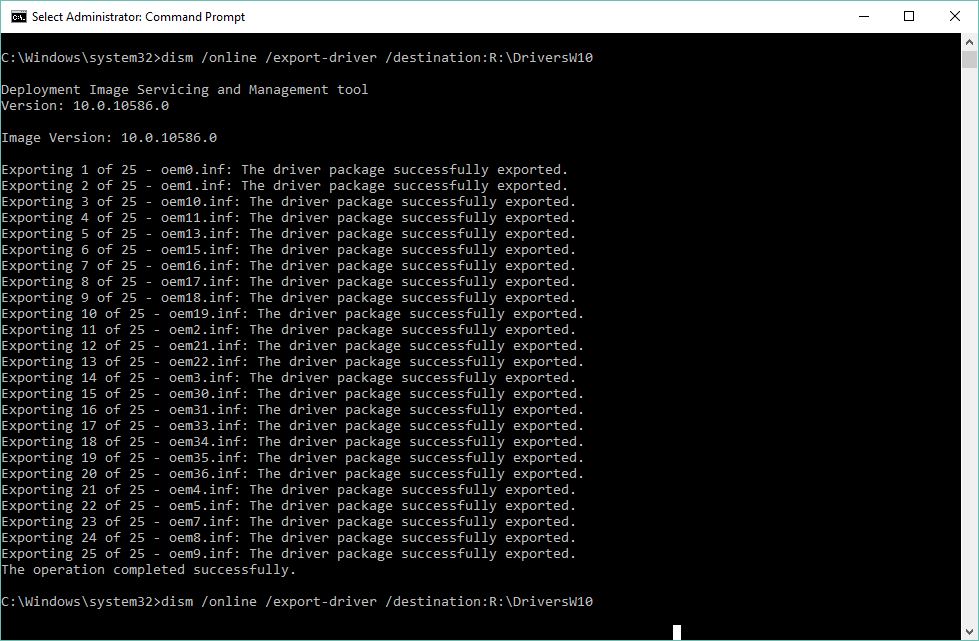 Apparently, I’ve got 25 drivers on my production PC that come from a source other than Microsoft.

Quick inspection of that output shows why I like to grab and save a RAPR listing of the same stuff (it tells you where to go looking for stuff in Device Manager to figure out which drivers to grab following an upgrade): 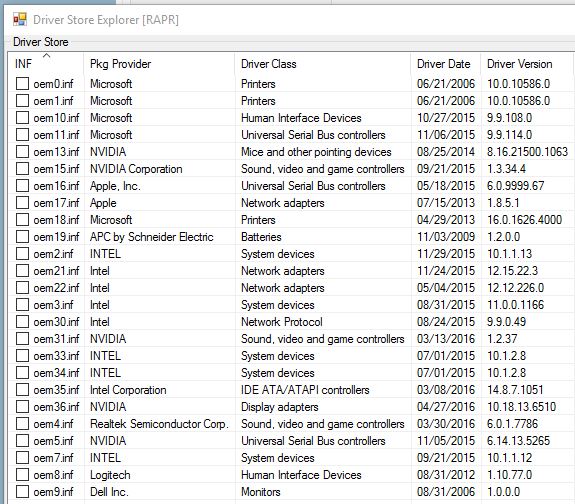 The Oemnn.inf names make more sense when you can map them to Driver Provider and Class information.