You’ve heard the stats. By 2024, enterprises, machines, industries, consumers, science organizations and more will be creating, capturing, copying, and consuming 143 zettabytes per year, according to IDC.  It’s a challenge to keep up with this unprecedented data growth and multitude of data types.

To thrive in the Zettabyte Age, you need new ways to effectively manage this deluge of data. And as your data center scales, so must your architecture.

Inefficiencies in Data Placement Can Constrain Ability to Scale
Today’s data center storage infrastructures are largely composed of hard disk drives (HDDs) and solid state drives (SSDs). The challenge when managing increasing volumes and variety of data is the way data is placed within those drives. Today’s HDDs appear to the host as contiguous sets of blocks, when in reality they are organized in zones where data is written and mapped to various physical sectors. When SSDs were first introduced, and because they were so much faster than HDDs, the controller inside the SSD device allowed the host to write data with virtually no restrictions. Thus, data was written as it was received, with the SSD controller and firmware managing, erasing, organizing, moving and re-writing the data.

Conventional SSDs, for example, use Flash Translation Layer (FTL) management to interface from the host data to the actual device. As more data is written and deleted, there are “holes” in the flash block. To accommodate this, additional storage space is reserved on the device (overprovisioning). To keep the drive organized, data is written, deleted, moved and combined. (garbage collection). This in turn leads to the same data being rewritten multiple times (write amplification) and requires more Dynamic Random Access Memory (DRAM) for caching and logic to physical mapping. These realities cause the device to incur additional costs, support smaller densities and reduce quality of service (QoS).

Standardized to Address Storage Scale
Zoned Storage, a standardized initiative, has emerged to help data centers to scale efficiently in the Zettabyte Age. Zoned Storage devices accommodate scale by enabling applications to use a single software stack to intelligently place data on HDDs and SSDs into “zones.” For HDDs, the Zoned Storage technology is called shingled magnetic recording (SMR) or SMR HDDs. With SSDs, the Zoned Storage standard is zoned namespaces (ZNS) or ZNS SSDs.

By using Zoned Storage standards, including ZBC (Zoned Block Commands) and ZAC (Zoned ATA Command Set), the storage device and the host software organizes the data before it is stored. This allows data centers and cloud service providers to take full advantage of the highest available storage capacities, with SMR HDDs and the recently ratified zoned namespaces, ZNS standard for NVMe™ SSDs.

SMR for HDDs
An SMR HDD is a hard drive in which the write tracks are partially overlapped, like shingles on a roof. This is possible to implement because the write track footprint is wider than the read head. These overlapping tracks enable greater areal density compared to conventional media HDDs, offering better storage capacity per rack and lower TCO.

One thing to keep in mind with a SMR HDD is that the data cannot be modified without overwriting data on subsequent tracks. Thus writes must be done in a sequential manner to preserve data. The host software can use the standards ZBC or ZAC to fully utilize an SMR HDD.

Because the data is stored on the SSD in an organized (zoned) manner, the flash controller does not have to continually rewrite data, move it and perform garbage collection. Therefore, less DRAM is required and significantly less overprovisioning is necessary.

The zones align perfectly to the SSD internal structure, simplifying the flash management. By intelligently placing data on the drive, ZNS provides many benefits.

Manage HDDs and SSDs with a Uniform Framework
With a uniform software framework, data center and cloud providers can more efficiently store data on SMR HDDs and ZNS SSDs. HDDs and SSDs with Zoned Storage provide a foundation to scale and maximize capacity, improve performance and endurance, and lower TCO with a single software stack for an entire storage ecosystem.

×
Why SMR Drives Should Be in Your Plans Now 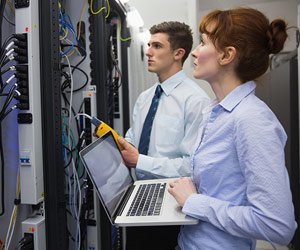