One of the best ways to support a computer user who is having difficulties is to look over his shoulder and watch...

what he is doing. This used to involve standing beside him at his desk, but today desktop shadowing lets you see users' screens without being near them.

Being able to see and interact with users' desktops also enables rapid problem resolution, and it removes a lot of communication difficulties. Letting users demonstrate where their problems arise is easier than having them describe the issues over the phone: Users sometimes don't have the right words to help the support team understand their problems. Many support engineers also use desktop shadowing as an opportunity to educate the user. Helping workers understand what is going on helps them avoid a repeat of the problem.

The simplest form of shadowing is built into Remote Desktop Services in Windows Server 2012 R2, so it supports terminal servers and Remote Desktop Session Host (RDSH) users. One thing that you may find helpful is to use Microsoft's free BGInfo tool to place the user name and computer name on the desktop wallpaper so you can see it at a glance.

In the Remote Desktop Services Manager application, there is a list of the users logged onto either the RDSH server or another server on the network. Select the user's session, then click Remote Control to connect to it. Naturally, the user will have to give permission to share his screen with you. In all likelihood, you'll also be on the phone with the user, so the permissions popup won't be a surprise to him. Once you have remote control of the user's desktop, you can see what he is doing or take control of the mouse and keyboard to resolve problems. On your screen, the user's desktop will completely replace yours.

This form of shadowing works for remote desktop users connected to Windows Servers, but it isn't available for Windows desktop operating systems. Virtual desktop infrastructure (VDI) is all about delivering a desktop operating system, so you will need to find other ways to remotely control Windows desktop OSes. Luckily, Remote Assistance is built into Windows XP and later OS versions, and it provides a similar function.

The default configuration of Remote Assistance requires that the worker in need of support use email or Windows messenger to invite you to help him. In most VDI environments, it is simpler to allow the support team to initiate support. This requires a local security policy change on the user's desktop, but because that change is usually applied to the master image, it will make it to every user's desktop. The policy allows a specific group of support administrators to offer to assist users. You could set up a dedicated Active Directory group just for this function. 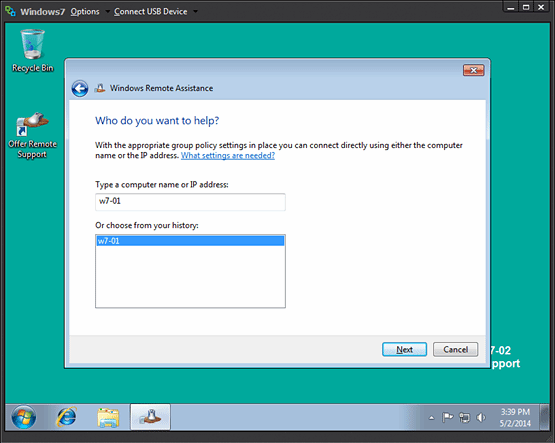 Figure 1. Screenshot of Remote Assistance shows how users give permission for support from IT.

When the support admin clicks "Next," the user sees his offer to help, then the user must allow the support person to see their screen.

These two shadowing tools are built into Windows, so they are available in every Windows environment. Overall, both tools leave a little to be desired. It might be better to have a single tool that helps you remotely control VDI and RDSH desktops, and it would be nice if that tool gave you the ability to search for users across the entire environment. There are a lot of third-party products that improve on these built-in tools, however. Some VDI environments have shadowing built in, as do most desktop management products. There are also standalone tools that provide shadowing capabilities.

Whatever tool you settle on, make sure you and the other members of the support team know how to use it, and make sure users are trained in what to expect as their VDI desktop is rolled out.