Cyberwarfare can devastate economies with connected infrastructure. Military strategy uses such attacks because they’re hard to defend against and very cost-effective.

Cyberattacks also have political, military and economic dimensions. What’s an adversary’s purpose behind an attack? How are targets chosen? What are asymmetrical warfare and the ROI of a cyberattack? How are such attacks conducted?

Public info from U.S. Department of the Army: “The emphasis of targeting is on identifying resources (targets) the enemy can least afford to lose or that provide him with the greatest advantage … Denying these resources to the enemy makes him vulnerable … an electronic attack could potentially deny essential services to a local populace, which in turn could result in loss of life and/or political ramifications.”

The ROI of asymmetrical warfare 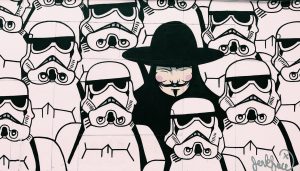 Cyberwarfare is asymmetrical. The parties at conflict use the means available to them to inflict as much damage as possible by careful exploiting their adversary’s weaknesses. An example of this tactic is in Palestinians flying “fire balloons” into Israel. The tactic has resulted in thousands of acres of valuable farmland and nature preserves being burned, the Times of Israel reported. A $10 incendiary balloon caused thousands in economic damage. Cyberattacks similarly target key infrastructure elements that will cause the most damage.

IoT devices, shared communications and cloud computing infrastructure expand the attack surface available to hackers. Electric power grids are especially vulnerable given the broad impact a power outage has on the economy. An electric utility with multiple partners has a broad and diverse attack surface — places where an attacker could attempt to access internal networks from the outside.

Employees at an electric utility or its partners are often unsuspecting targets. Spear-phishing attacks target a specific victim, and messages are modified to specifically address that victim, purportedly coming from an entity that they are familiar with and containing personal information. It’s the go‐to technique in the cybercriminal and nation state attackers’ arsenal. It is an effective and inexpensive way to harvest user credentials, implant various forms of malware, impersonate trusted people and collect intelligence on the target organization.

In cases described by the Department of Homeland Security, as presented to the electric utilities and outside experts, Russian hackers went into power plants through the networks of contractors, some of whom were ill-protected. Those contractors provided software to the utility company’s systems. Then they used spear-phishing emails, trying to trick utility operators into changing their passwords. Here are two other data points:

The financial damage of a cyberattack

The Hartsfield-Jackson Atlanta International Airport generates more than $34 billion in direct business revenue to metro Atlanta. A recent power outage, where more than 400 flights were canceled, wasn’t caused by a cyberattack, but illustrates how even a single disruption can have a huge financial impact. A simple projection reveals that a cyberattack on a large airport’s power systems, assuming that planes were forced to be idled, could exceed $100 million.

The U.S. is outgunned in electronic warfare, says the country’s cyber commander. Two military leaders admitted at the TechNet conference in Augusta, Georgia this week that the country is falling behind in its electronic warfare capability. “When it comes to electronic warfare, we are outgunned,” Maj. Gen. John Morrison, the commander of Fort Gordon and the Army Cyber Center of Excellence, said during a Tuesday presentation. “We are plain outgunned by peer and near-peer competitors.”

With so much at stake, investments in cyberdefense have to be a high priority.