In 2002, Verizon Wireless launched a funny and much talked about series of commercials featuring a man being dropped into a variety of crazy locations. Each time, he uttered the now famous line into his mobile phone, “Can you hear me now?” The commercials set out to establish Verizon Wireless as offering subscribers dependable and reliable phone service, even in the most outlandish of places — and it succeeded. As it turns out, modern consumers of IoT devices want pretty much the same thing those mobile phone users wanted — dependable and reliable products that behave as expected, regardless of their location or operating environment.

Here’s the problem: Ensuring IoT devices work as they should in their intended environment is no easy task. Sure, IoT product makers set out to make their devices do just that, but in the real world it doesn’t always happen. Instead, devices often behave in unexpected ways. Data collected by an IoT device may be lost, its voice quality may be degraded, and its operating range may decrease. Worse yet, an implantable medical IoT device may fail to operate and a patient may die. None of this bodes well for companies wanting to develop a commercially successful IoT product.

In many cases, the source of the trouble is a well-known culprit — interference — and potential sources of it are lurking everywhere. Much of the interference comes from the sheer number of IoT devices in the world today. Many of these devices weren’t designed to play well together, especially when concentrated in a highly dense deployment environment.

But that’s only half the problem. The other issue is that the growing number of wireless standards makes it difficult, if not impossible, to allocate separate frequency spectrum to each standard. Instead, they are forced to share the same frequency bands, with new applications regularly being added to the same crowded spectrum. This increases the likelihood of interference between the different devices, many of which can’t detect one another, let alone cooperatively share the airwaves, and that presents a host of problems.

In environments where a lot of interferers are present, getting a signal from an IoT device through requires more power and that reduces battery life. Interference also has a dramatic impact on how well roaming algorithms work. When they fail to work altogether and an outage of even just a few seconds occurs, valuable data collected by the IoT device can be lost. Additionally, interference can create a security vulnerability. The interference can overwhelm the IoT device and cause it to enter fault states that make it temporarily vulnerable to hacking. 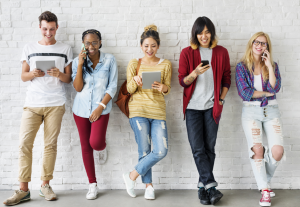 Clearly, interference is a big issue for IoT devices. The question is, what can be done about it? The answer is coexistence testing. It’s the single most important action any IoT product maker can take to ensure stable, reliable IoT devices that will survive and thrive in the real world.

Coexistence testing during the design process is used to determine a device’s tolerance to other radio signals and to ensure that a certain level of device operation is possible, even in the presence of alternate radio protocols. It allows the product developer to locate and identify device interference so that the impact of that interference can be mitigated before the device goes into operation in the real world.

That’s a critical point, since any device failure or unexpected behavior that occurs in the consumers’ hands can have substantial consequences. It can erode user confidence, severely degrade a product maker’s brand and even result in a potentially costly recall.

While interference is an everyday reality in IoT, it doesn’t have to define an IoT device’s success or failure. Stable and reliable device operation can be secured with coexistence testing. Just as Verizon Wireless used its clever “Can you hear me now?” campaign to illustrate to prospective subscribers the reliability of its network, IoT product makers can use coexistence testing to ensure their IoT devices will work as expected, regardless of the location or environment in which they will operate. Of course, communicating that confidence to prospective IoT device consumers is a whole other challenge requiring an equally clever campaign slogan — perhaps something like “Can you see my data now?”