Dietzen will stay at Pure as chairman, although his exact role has not been determined. Dietzen said the CEO change was his idea, and there is no reason to suspect he was pushed out. The move was disclosed during Pure’s earnings report, which beat expectations for revenue growth.

“This was my call,” Dietzen said on the Pure earnings call. “I had a wonderful run, thanks to an extraordinarily gifted team. I’ve been in the job seven years and we have done some great things. And as I look to the road ahead for Pure, I felt we needed a different class of experience in operating at scale.”

Dietzen said he expected a search for his successor as Pure Storage CEO to take longer than it did, but “Charlie came to the top quickly. Charlie has phenomenal experience operating at scale having been part of Cisco when it went from $1 billion to well over $40 billion in revenues. And he’s an entrepreneur, having built a start-up, having participated in hyper-growth at Cisco, having been on the boards of great companies like ServiceNow and Arista through their growth phase. So, I think he is exactly the right leader at the right time.” 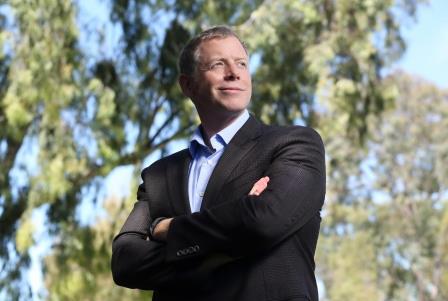 On his blog, Dietzen called the choice to step down “without a doubt, the hardest decision I’ve made in my career.”

Giancarlo did not tip his hand on his plans as the Pure Storage CEO. He made a statement at the start of the earnings call but did not take questions.

“I have considered many CEO opportunities over the past couple of years,” Giancarlo said. “What inspired me about the Pure vision was the opportunity to contribute to build a great multibillion-dollar and independent public company, which has the opportunity to become the global leader in data platforms. I expect to do a great deal of listening in these next few weeks and months. While I will not be taking questions on today’s call, I look forward to sharing details about my observations and priorities in the next earnings call.”

Giancarlo has spent more than 30 years as an executive and director at IT vendors, mostly with networking and telecom-related companies. Most notably, he worked at Cisco from 1994-2008 as executive vice president, chief development officer and president of its Linksys division.

Giancarlo was considered a candidate to replace John Chambers as Cisco CEO but he left in 2008 after Chambers said he intended to stick around for years. Chambers stayed on as CEO until 2015, turning the position over to Chuck Robbins.

After leaving Cisco, Giancarlo became interim CEO at telecom vendor Avaya for six months in 2008 and remains on Avaya’s board. He has been a managing director at private equity firm Silver Lake Partners since 2008, and sits on the boards of Accenture, Arista Networks, Attivo Networks and ServiceNow. Before joining Cisco, he founded Telecom Systems and Adaptive Corp., and went to Cisco from Ethernet switching company Kalpana through acquisition.

Pure’s revenue of $224.5 million last quarter grew 38% from last year and came in near the high point of its guidance. Pure executives said they remain on track for $1 billion in revenue for the year and they expect the fourth quarter of 2017 to be their first profitable quarter. Pure still has a ways to go on profit, however, after losing $62 million last quarter.

Besides trying to achieve profitability, Giancarlo will face other challenges as Pure transforms from startup to a large storage company. While Pure rode a flash wave that has taken over networked storage, it now faces another set of disruptors that threaten all storage vendors. These include the cloud, hyper-converged infrastructure and software-defined storage.

Pure’s cloud strategy is to sell the underlying storage for cloud providers, and to help enterprises build private clouds and connect their on-premises storage to public clouds in hybrid setups.

Pure claims more than 600 cloud providers as customers, contributing more than one-quarter of its revenue. Dietzen said Pure is also working on adding the capability to allow enterprise customers to stream applications between on-premises arrays and public clouds.

“Pure is delivering the data platform for the cloud era,” Dietzen said.

Dietzen brushed off the threat of hyper-convergence, saying hyper-converged appliances address different types of use cases than Pure’s all-flash arrays. He said for now, there is plenty of room for both.

“There is no question, I think hyper-converged and Pure have been the two big disrupters in the market,” he said. “But I will say we are mostly operating in different segments. If you add up all of our competition with hyper-converged infrastructure, we are seeing them in less than five percent of our engagements.”

Dietzen also played down the need for software-only products, pointing out that software is the key to Pure’s technology but its customers want it packaged on the right type of hardware.

“A pure software packaging is hard to achieve today because there is still a great amount of variability in the underlying flash,” he said. “Each new generation of flash even from a single fab changes in behavior pretty significantly, and so we are constantly tuning our software to take best advantage of each generation of the flash technology.”

Giancarlo faces other issues as Pure Storage CEO. They include whether the vendor should expand beyond its FlashArray block storage and FlashBlade unstructured data platforms, and if it should explore acquisitions to grow. Pure execs so far have refused to address those questions, leaving them for the new guy.