Industrial IoT has been around for a lot longer than most people think, predating the consumer internet of things. Its early incarnations were originally called M2M, or machine-to-machine, networks. These early systems were always networks of wired machines communicating via Ethernet, Fiber, DSL or even twisted copper pair landlines over a modem. Wired systems require a significant infrastructure to be in place, which is why most modern-day systems are centered around manufacturing or industrial automation. What about remote facilities that are not connected to a fiber network, or where a communication network is prohibitively expensive? What about things that are in motion, like automobiles, freight trucks and rail? What about small sensor devices that are battery-powered and now being deployed for asset tracking, or for environmental and agricultural needs?

The future of IIoT deployments will be focused more and more on connecting these remote sites and sensors in the wild. Unlike a smart city or smart manufacturing floor that has fixed, line-powered assets, these remote devices and sensors will be battery-powered and thus will require low-powered wireless communications. For fixed assets in the wild, like environmental or agricultural sensors, one of the options available is a low-powered wide area network (LPWAN) such as LoRa, Sigfox, RPMA or Weightless. Unfortunately, each of these technologies has some serious barriers to use, with some requiring significant investments in building out the infrastructure for the base stations, most of which have a limited coverage. For LoRa, the maximum range is 13 miles operating at 900 MHz with an output power of +14 dBm. For Sigfox, deployment uses existing infrastructure and it has a greater range of 18 to 30 miles operating at 915 MHz, but is dependent on whether or not Sigfox has coverage. 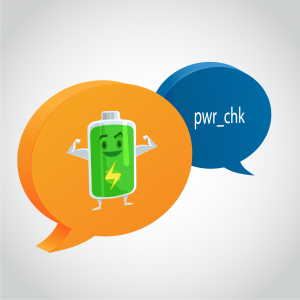 Unfortunately, while each technology offers some benefits, they all suffer the same flaw: a lack of ubiquitous and pervasive coverage. What if your sensor is roaming, or is deployed globally? Only one wireless radio technology gives us this: cellular. The problem with current cellular technologies is that they are incredibly power-hungry. To establish the IP connection necessary to communicate with other devices, the modem must power up through several states to get to a connected mode, and once in this mode, it must be powered continuously to maintain the necessary link condition to allow for a TCP/IP session, requiring 800 mW. As you have seen with even the large batteries in cell phones, batteries do not last much longer than a day.

To address this, innovations are being made. You have probably heard already of several of these new cellular technologies being released by 3GPP (the group behind 3G), such as Cat-1 (the only fully available cellular IoT at the moment), Cat-0, Cat-M/LTE-M and NB-IoT/Cat-M2. Of these, Cat-M seems the most promising. It is a second generation of LTE chips built for IoT applications. It completes the cost and power consumption reduction that Cat-0 set the stage for. By capping the maximum system bandwidth to 1.4 MHz (as opposed to 20 MHz for Cat-0), Cat-M is really targeting LPWAN applications, like Smart metering, where only small amounts of data transfer are required.

Unfortunately, none of these new cellular IoT technologies are widely available and are only just being deployed today with broad coverage expected only in the next few years.

So how does one go about building and deploying a system of connected sensors that will work across the globe today?

Interestingly enough, we find the answer in one of the original vestiges of cellular technology, that of the short message service (SMS) in PDU mode. SMS is often used in current IoT systems as a “shoulder tap” to wake a device up and then put it into a transmission mode. There is no reason why we cannot simply use SMS as our data transport as mobile originated messages. The device can even receive configuration updates via mobile terminated messages.

SMS messages offer 140 bytes per message. For devices like asset tracking, as well as environmental and agricultural sensors, 140 bytes should be more than enough for packing each telemetry attribute being reported. If more than one message is needed, it is easy enough to split the reported data across messages, using the message envelope’s timestamp and IMSI information.

By using SMS messaging, we can manufacture a device whose battery life is measured in years, not hours. Because sending and receiving SMS messages does not require the modem to achieve a fully connected state, our power consumption is minimal. Furthermore, since we do not need to maintain the fully connected state required by cellular communication, we can power down our device so that it is powered just enough for data collection and storage. The most important thing is that we can deploy a system that will work in over 200 countries today, out of the box.

In my next post, I’ll discuss some of the practicalities of building and deploying an SMS-communicating IoT device.