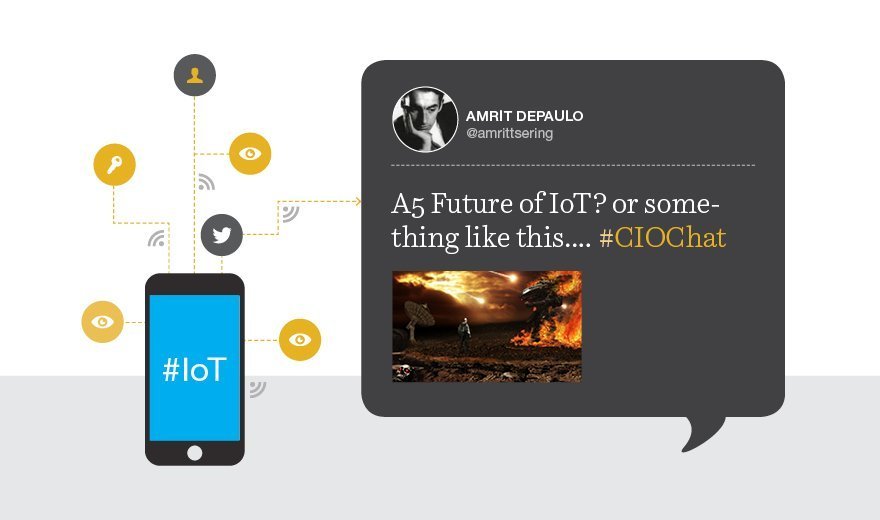 What does the future of IoT look like? According to Amrit Williams DePaulo, CTO at CloudPassage, not good. Whether in jest or not, DePaulo touched upon a fear shared by some SearchCIO followers: that a hyper-connected, data driven world filled with IoT may irreparably change our society.

IoT's increasing presence can already be felt as more IoT products and applications enter the market. Several big-name companies -- including IBM, Intel, Google, Microsoft and Samsung -- are scrambling to take advantage of IoT technology by investing billions of dollars into research and development.

Gartner predicts that 25 billion connected "things" will be in use by 2020, which would have a powerful impact across industries and societies. Securing those billions of things is another beast altogether.

DePaulo went on to give an unsettling glimpse into potential IoT security concerns of the future: "Imagine a world where an eastern European hacker can burn your toast, make your morning coffee cold, or worse."

Not all forecasts were quite as ominous. Stuart Appley, CIO at Shorenstein, compared the future of IoT security to current BYOD practices, while Will Lassalle, CIO at JLS Technology USA, made positive comparisons to cloud computing:

A5 Future of #iot security will look like current BYOD. Evolving and privacy tradeoff for work convenience. Hard to separate #ciochat

#CIOChat a5. I believe the future will look very bright for #IoT #infosec & current concerns addressed. Reminds me of #cloudcomputing yrs b4

Millennials and the future of IoT: privacy and security optional

As IoT products become the norm, #CIOChat participants couldn't help but contemplate Millennials' widespread use of smart devices and notorious lack of concern for security and privacy, especially with relation to the workplace:

Also wonder how many "hyperconnected" (Not just millennials) would give the biz the data to be allowed more #IoT devices at work! #CIOchat