Without proper communication, ideas and plans can be executed incorrectly and forgotten. Unified modeling language (UML) has become a commonly used blueprint of sorts to map out system plans. In fact, UML has become a go-to option for many software developers.

Need to brush up on UML? Learn more about this notation by checking out the answers below to some of the most frequently asked questions on what UML is and how it can be a valuable resource.

Unified modeling language is a standard visual notation, or blueprint, for the modeling of real-world objects throughout an entire software engineering project. Grady Booch, James Rumbaugh and Ivar Jacobson are credited with developing UML while working at Rational Software in the 1990s. The Object Management Group adopted the standard in 1997 and has been managing it ever since.

UML diagrams are similar to flow charts in that symbols are used to indicate elements and actions. In a UML class diagram, for example, classes are in boxes, each consisting of three rectangles. The top rectangle contains the class, while the middle rectangle consists of attributes and the bottom rectangle includes the methods. Lines are used to illustrate the relationship between classes. 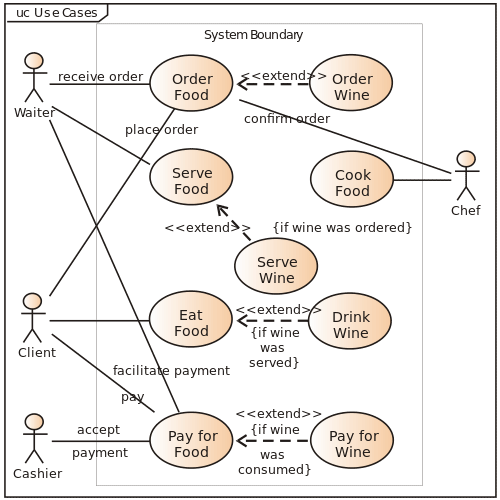 How are UML diagrams organized?

When should UML be used?

There are many situations that lend themselves well to UML.  Generally speaking, UML is a good choice for any developers who need to create a visual representation and definition of a system. The blueprint makes it easy to ensure everyone within a team is on the same page and can see how the various parts and pieces need to come together.

Many developers think of UML as being ideal for very large organizations. However, groups of all sizes can benefit from the notation because the concepts discussed are often abstract in nature.

What are the main challenges of working with UML?

According to some software developers, one of the biggest drawbacks to UML is the time it takes to manage diagrams. However, it's important to note that it's unlikely that each diagram will be used by every organization. Being vigilant and making sure diagrams are as up-to-date as possible can help mitigate some of the more common maintenance challenges posed by UML.

Over the years, a common complaint has been that too many diagrams overlap and that UML has become too complex, particularly the 2.0 rendition. The 2.5 revision was released late 2013 with the aim of reducing redundancy and simplifying life for developers.

What are some popular UML tools? What languages need to be understood?

Most UML tools require knowledge of Java , C++, or C#. While there are a number of UML tools on the market, some of the commonly known ones include: Enterprise Architect by Sparx Systems, No Magic's MagicDraw, and IBM's Rational System Architect.

Maxine Giza is the associate site editor for SearchSOA and can be reached at [email protected].