High-Performance Computing as a Service: Powering Autonomous Driving at Zenseact

Zenseact, a startup owned by Volvo Cars, is innovating the design and development of autonomous cars. Each Zenseact test car generates more than 50 terabytes of data a day—and all of that data needs to be validated for accuracy to make sure the artificial intelligence brain is learning the right behaviors. “They’re like data centers on four wheels,” says Robert Tapper, CIO of Zenseact.

Rather than building every aspect of the technology in house, Zenseact sought an IT partner focused on innovation. “We liked the HPE GreenLake model of consuming technology as a service and paying for it over time,” says Ödgärd Andersson, CEO of Zenseact. “Selecting HPE was about looking at the future—thinking about what we need now, but also what we might develop as a result of our partnership going forward.”

This article explores the high-performance IT systems that are powering autonomous car development, and how Zenseact and Hewlett Packard Enterprise are partnering to “make it real.”

Test Cars Packed With Technology
Safety is a top priority for autonomous car development at Zenseact, as you would expect from a company owned by Volvo. “You can approach autonomous driving from many different directions,” says Andersson, “but for us, it’s really all about creating safety. We believe a world with more self-driving cars is a safer world. That’s where we come from, and that’s where we’re headed.”

To do that, Zenseact builds test cars packed with technology. A typical test car features up to 23 sensors capturing radar, lidar, sonar and video data. “It requires vast amounts of data to train an AI brain capable of driving a car safely,” says Tapper. “We’re collecting gigabytes every second. During a day’s drive, we generate more than 50 terabytes per test car. Over the course of the project, we’ve amassed hundreds of petabytes of data.”

There’s no fast way to transfer 50 TB over the air—or even over a network. But daily test data must be validated for accuracy, to make sure the AI is learning the right behaviors. It requires serious compute power to crunch the data to perform validation and train Zenseact’s algorithm. Zenseact must also quickly spin up new services across different geographic regions as approved driverless locations become available around the world.

A Partner Approach
Based on the massive amounts of data, the speed of processing, and the need for parallel performance, flexibility and high availability, it was clear that a high-performance computing (HPC) system was required. “Having a high-performance platform is the key to everything we do,” says Tapper. “All the data coming in from the cars has to be processed in one way or another. Being able to perform that processing across a platform is very important.”

But Zenseact was looking for more than a hardware vendor. “Very early on, we realized we didn’t want to build every aspect of this technology ourselves,” Andersson says. “We really wanted to have someone to partner with around innovation. We have an ever-changing demand of business requirements. HPE GreenLake cloud services gives us flexibility, which was the key requirement for our development process.”

The HPC system in use at Zenseact is built on clustered HPE ProLiant Gen10 servers and HPE Data Management Framework. Because the system processes commercially sensitive data, Zenseact worked with HPE Pointnext Services to build and deploy the security architecture around the on-premises HPC platform. Zenseact leverages security-by-design principles to monitor and react to potential risks.

HPE Pointnext Services is also solving the problem of delivering 50 TB of daily drive data per car to Zenseact’s data center. “At the end of eight hours of test driving, HPE manages the secure delivery of the data from the drop-off location to the data center, where it is decompressed, ingested and then shared with developers. Data integrity is incredibly important to us because better data ultimately means better simulations.”

‘The Challenge of the Century’
In addition to HPE GreenLake and Pointnext Services, the partner model enables Zenseact to benefit from HPE expertise across the board. “We get access to some of HPE’s brightest AI scientists,” says Tapper. “Together, we believe that we’re able to solve the challenge of the century.”

Partnering with HPE, Zenseact is fully equipped for today and beyond, Andersson says: “It’s about being able to provide the services we need, both here, where we are now, and of course we need to scale across the globe.”

×
Hybrid Cloud, Consumption-Based IT: Empowering Transformation in Healthcare and the Public Sector 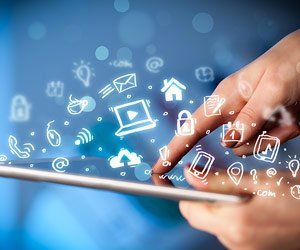