John Brownstein, chief innovation officer at Boston Children’s Hospital and a professor of biomedical informatics at Harvard Medical School, is a notable digital epidemiology researcher. It’s a field of research that analyzes nonclinical data sources such as social and mobile data to provide better visibility into public health issues.

Brownstein’s foray into nonclinical data began with HealthMap, a tool that scours the web for signals that could alert public health officials — and the public, in general — to infectious disease and foodborne illness outbreaks faster.  Today, he and his team are focused on building digital epidemiology tools that aren’t only observational in nature.

“A lot of our work is now starting to focus on understanding the consumer patient and how do you start to do a better job of engaging patients and consumers around healthcare,” Brownstein said during a recent talk at the Harvard Institute for Applied Computational Science’s annual symposium.

These digital epidemiology tools tap into crowdsourcing strategies to generate new kinds of data for analysis. StreetRx, a crowdsourcing website, is a tool that tracks the abuse of opioids and how much people are paying for them. “The idea is simple: People come to the site and they report the price 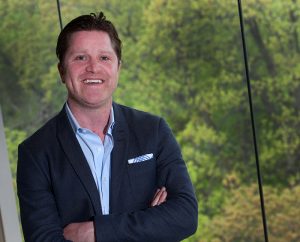 they paid for any drug,” said Brownstein, a co-founder of the site. Other visitors can weigh in on whether a deal was a good price or not.

The tool is unusual, he concedes, but data is limited on drug abuse, on pricing and on how the pharmaceutical industry’s response is affecting the black market. StreetRx gives government agencies and poison control centers added visibility into patterns of abuse, including what drugs are newly desirable, are being diverted or are falling out of favor.

Indeed, when a new formulation of OxyContin was released, StreetRx captured the real-world impact. Street value dropped dramatically because those abusing the drug can’t use the new formulation to get high anymore, he said.

More importantly, StreetRx is not a passive collection of data, but an active one. Researchers ask for information rather than scouring the internet for bits and bytes users left behind, and the users respond.

For Brownstein, building relationships where patients aren’t just a data feed but are “more active participants and a valuable part of the ecosystem as well as the users of the data were captured” is key, he said. That’s the premise behind the digital epidemiology tool Flu Near You, which was created in partnership with Boston Children’s Hospital HealthMap team.

Volunteers are asked how they’re feeling on a weekly basis, and the flu symptoms that are reported are mapped geographically. Flu Near You reportedly has more than 200,000 registered participants. “If you encourage people and make them part of helping the fabric of flu surveillance across the country, you engage people,” Brownstein said. “And if you provide data back to people, you can get tens of thousands of people actively part of a crowdsourcing system.”