Unless a backup application is fully cluster-aware, the backup and restoration process might not go as expected. This article explains some important things to take into account when backing up virtual machines in a Windows failover cluster.

What can go wrong?

The method that you would use to make a virtual machine fault-tolerant once again depends on your virtualization platform. In a Microsoft environment, you would open the Failover Cluster Manager and manually designate the virtual machine as a clustered resource.

Obviously, it is important to use cluster-aware backup software, but having backup software that directly supports clustering is not enough. Backups of virtual machines must adhere to certain criteria set by Microsoft.

The first of these criteria is that the cluster must be running and must have quorum, which means that a majority of the cluster nodes are running and can communicate with one another. Under normal circumstances, this requirement isn't even an issue. However, it does have implications for failure situations. If you are ever in a situation in which multiple cluster nodes fail and the cluster loses quorum, then you will not be able to make a cluster-level backup of your virtual machines until you correct the problem and return the cluster to a healthy state. Even during these types of situations, however, it might be possible to make off-line backups of your virtual machines. 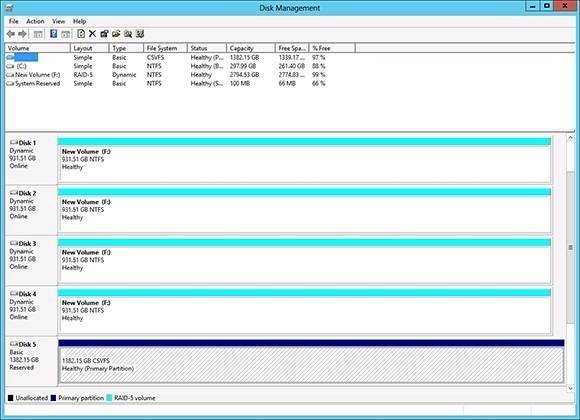 Figure A. The cluster shared volume's status is Reserved.

The reason why the volume's status is so important is simple. Your backup software has to be able to communicate with the volume on which the virtual machines are stored. If you run a backup against an individual cluster node, then only the disks that are online at the time of the backup can be included in the backup.

Any virtualization-aware backup application (aside from Windows Server Backup) should allow you to restore individual virtual machines. However, consider the cluster nodes themselves when making a disaster recovery plan.

The backup and restoration of virtual machines within a Windows failover cluster is fairly straightforward. Even so, you do have to make sure that your backup software is cluster-aware and that backups are being run against the active cluster node. Also, make sure that your backup strategy includes backing up individual cluster nodes and the cluster configuration data.

About the author:
Brien M. Posey, MCSE, has received Microsoft's MVP award for Exchange Server, Windows Server and Internet Information Server. Brien has served as CIO for a nationwide chain of hospitals and has been responsible for the Department of Information Management at Fort Knox. You can visit Brien's personal website at www.brienposey.com.