When a vendor announces a new software version, it can be tough for admins to figure out what features will benefit their organization the most.

In the session "10 New and Exciting Things About vSphere 8 That You Absolutely Need to Know " at VMware Explore 2022, Himanshu Singh, director of cloud platform product marketing for VMware, and Dave Morera, senior technical marketing architect at the virtualization vendor, explained the top vSphere features. The session gave attendees a look at why VMware focused on specific features and outlined what IT administrators should expect to see as part of the product roadmap going forward.

As admins expand their organization's infrastructure, they must address concerns around server capacity, increased complexity and CPU-centric security models.

They must also evaluate CPU resource allocation: About 30% of CPU capacity is just focused on network and security, which can reduce available computing power for mission-critical workloads, Singh said.

A main goal of vSphere 8 is to bring cloud benefits on premises, according to Singh. This means that admins can deploy vSphere 8 to make on-premises deployments suitable for flexible consumption, developer agility and high-performance workloads.

A look at vSphere 8 features

As more organizations investigate upgrading to vSphere 8, here are the top features to evaluate. 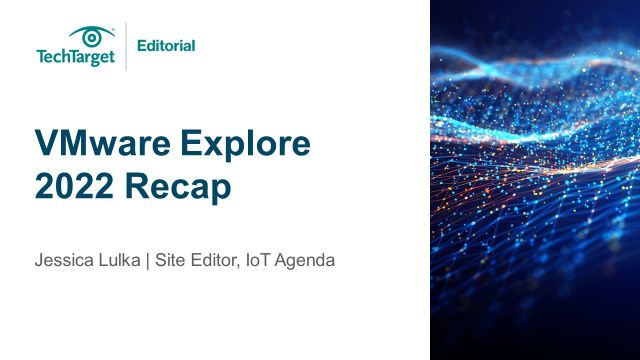 As VMware brings more of its portfolio into the cloud to support multi-cloud operations, the vendor is also expanding its offerings for cross-cloud visibility. Cloud Services Console provides a centralized management layer for an organization's vSphere footprint, and it gives admins the options to pick what services they want to run within vSphere.

With expanded lifecycle management features, admins can now also pre-stage ESXi hosts prior to download, which reduces the time a host spends in maintenance mode.

This feature helps admins bring customization to their vSphere instances and add services for capacity planning and disaster recovery. This approach enables admins to get the value of these services without having to pay for the entire ecosystem.

VMware has integration for Aria, formerly vRealize, and VMware Cloud DR on vSphere. This gives admins the option to add features for cloud capacity planning and disaster recovery, respectively.

At Explore, VMware announced DPU support through its Distributed Services Engine. This feature, which uses Project Monterey, is designed to offload workload functions to DPUs.

"If you think about what's been happening with GPUs, it's similar [with DPUs. We're] shifting to give back CPU resources," Singh said.

Admins are concerned about the availability -- and cost -- of DPUs, as organizations must invest in the hardware to gain the computing power. VMware has announced partnerships and support for Nvidia and AMD DPUs, but adoption is still in early stages for this hardware.

A few other features for vSphere 8 focus on AI and machine learning, the distributed resource scheduler and sustainability.

Version 8 also includes a feature called vSphere Memory Monitoring and Remediation, which tracks statics on memory at both the VM and host levels. For organizations that decide to track power consumption of workloads, IT teams can use vSphere Green Metrics to monitor energy consumption of host system activities, idle activity and vSphere hosts.