Amazon has released an unbranded, customizable Dash IoT button under the name Amazon IoT Button. It uses the horsepower of Amazon Web Services to allow you to create out-of-the-box, push-button (literally) functions.

Part of the beauty of the IoT button is the simplicity of configuration (there’s an app for that — Android and iOS). With these apps you can get the button connected to Wi-Fi, provisioned in Amazon’s IoT platform and wired to basic templated functions. With about five minutes of configuration, you will have your button on IoT and doing something interesting.

Where you take it from there is up to you. Exadel is currently working with a client who has a specific group of users in mind who will benefit from the touch-of-a-button functionality. This button allows them to solve some of the tricky angles related to bringing this push button functionality to users — namely “how do I get it on the internet,” and also the hardware. 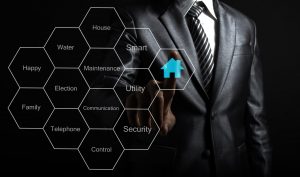 Traditionally, if you wanted a hardware technology, even for something simple, you needed to build it yourself or find a way to use off-the-shelf components to make something. The length of time and cost to implement something (even something simple) can be prohibitive. Now the IoT button lets you create a custom technology, with hardware. As long as what you need the hardware to do maps to “press a button and something happens.” What happens can be customized for any user.

There are other types of buttons out there that can solve this, but they usually have to have some type of hub to enable them to connect to the internet, and then, once you do, you’re still going to have to figure out the plumbing to get the button’s press signal to your back end.

Amazon makes it very easy to plug in the IoT button and connect it to its cloud infrastructure. From there you can connect it to other services easily and with little code. A few sample applications that we built used text messages, email and Slack.

Our client’s use case involves not just the button, but mobile apps and web applications. Pressing the button allows our client’s customer to execute a simple transaction when needed without the need for a sign in, app or any other interaction. Just press the button and things happen!

The signal from the app goes to the back end, where it is processed. Then a real-time communication wakes up an app on the concierge’s phone. The concierge can then take care of everything for them. The button can be given to someone, such as a business owner or administrative assistant — an easy way to make something happen.

Of course, there’s a bit of theatre to this, and that’s the intent. This type of always-on, “press a button and things happen” functionality has yet to become ubiquitous, although we are coming closer. Soon, between connected home devices and one-press functionality, we’ll see this type of thing everywhere.

There’s still a lot of bang for the buck here. The IoT Buttons are $20 right now. It might be expensive if you bought a lot of them, but for a targeted use case like this client, where we’re looking at a few hundred targeted users, it can make a lot of sense versus the hardware development costs or custom configuration that may be needed for a different system.

The beauty of the IoT Button is its simplicity. It can be set up and connected simply, and it can pass a command to a cloud application, allowing action to take place. Because of its simplicity and price point, it can be incorporated into a wide range of applications with relative ease.

What else could it do? Anything that expresses a dedicated, repeatable customer desire — order a pizza, place an order, call a taxi, send a notification, publish a tweet, place a notification on a web page. The sky’s the limit.