The insurance industry is rapidly evolving away from its traditional model of assessing future risks and pricing based on historical records and demographics (age, gender and the like). For decades, underwriters relied on this data to predict everything from an individual’s expected lifespan to the probability of a driver being involved in an accident. But, as it has with so many industries today, technology is disrupting this long-standing practice. In the case of insurance, the internet of things phenomenon has led this revolution.

Typically miniature in size, IoT devices record massive amounts of information on properties, vehicles and even people to which these gadgets are connected. The data then passes to insurers, which enables underwriters to judge potential hazards grounded on a more individual and property-specific picture of risk. Armed with this information, insurers can, in many cases, suggest real-time preventative measures that could avoid a costly claim payout.

IoT has already entered the insurance world. Here are four segments in which this technology is shaping the insurance industry of the future.

For decades, insurers wrote car insurance rates primarily based on demographics and age, which meant teenagers and people in their 20s were charged higher premiums, even though many may be perfectly trustworthy drivers. Today, however, many insurers offer drivers the option of installing a palm-sized IoT tool known as a telematics device into a car’s onboard diagnostics port, or OBD-II, typically located under the steering wheel. (Every car built after 1996 has an OBD-II.) 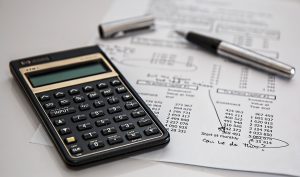 The telematics device monitors driving habits by recording the auto’s speed, distance traveled, time of day and whether the car has accelerated too quickly or made a hard brake. By analyzing this data, the insurance carrier can then evaluate if a person’s driving patterns make him a safe driver or a road menace. If deemed a safe driver, the insurer rewards the policyholder with a premium discount. Simply having the device in a car can make a person a better driver, too. For example, an alarm sounds if the driver slams on the brakes or speeds. Over time, these devices force drivers into safer road behavior, which then lowers their premiums.

The theory behind telematics is that drivers should pay premiums based on real-life usage rather than age, gender, education and even credit scores. Usage-based insurance bases rates on real-time data, like how far and fast an individual actually drives, instead of purely demographics.

In the near future, more insurers will underwrite auto policies using these tech gadgets. SMA Research predicts by 2020 three-quarters of auto insurers will offer telematics to their policyholders.

Discounts aren’t the only benefits, however. Unfortunately, car accidents happen, and pinpointing fault sometimes depends on the sometimes conflicting accounts of the driver or eyewitnesses. Fortunately, a telematics device delivers correct data of the conditions — speed, braking distance and the like — that may have led to the crash. If the insured wasn’t at fault, the data will support that finding.

The popularity of “smart homes” hasn’t soared simply because homeowners demand the latest in IoT meters that adjust a dwelling’s temperature and energy usage. Home sensors and connected IoT devices have implications for homeowner insurance as well.

Homes outfitted with a water monitoring mechanism, for example, can detect a small water leak before it grows larger and floods a home, causing thousands of dollars in damages. Alerting the homeowner via an email or text of the impending disaster prevents an expensive claim.

Similarly, security cameras and motion-triggered sensors can stop a break-in before a theft occurs. According to Safeguard the World, the chances of a home burglary rise by 300% when a home has no security system.

Fire detectors also signal the homeowner and local fire departments of a blaze that can be quickly put out before it destroys an entire house, thereby reducing a claims payout. Business Insider’s research arm, BI Intelligence, estimates a home equipped with a connected smoke detector that automatically alerts the fire department could potentially cut an insurance payout by an average of $35,000.

Life insurance underwriters have traditionally set life policy premiums based on an individual’s age, medical history and health habits, such as smoking, submitted by the applicant, who may sometimes fudge the truth. But with today’s wearable IoT devices, insurers can more precisely determine a person’s well-being by collecting vital medical data like blood glucose levels, temperature and heart rate.

Instead of grouping a policyholder in an age group that may not indicate that person’s true health, IoT data provides an accurate snapshot of an individual’s overall fitness. That information, in turn, reflects a person’s true health risks and how long she will likely live, which is then used to calculate premiums. Like safer drivers, healthier people will be rewarded with lower premiums.

In addition to premium calculations, data fed into an IoT health monitor allows insurers to suggest lifestyle changes that will improve a person’s health and therefore bring down rates for healthier individuals. Insurers are also able monitor a person’s health as it changes over time, which could have an impact on life insurance rates.

According to the 2017 Liberty Mutual Workplace Safety Index, U.S. employers lost nearly $60 billion due to workers missing six or more days because of workplace injuries or accidents. Although that statistic dates back to 2014 (the most recent report from the Bureau of Labor Statistics and the National Academy of Social Insurance), the amount highlights the enormous cost of workers’ compensation insurance to pay for employees’ medical treatment and wages while they recover.

Yet, IoT offers employers a high-tech way to prevent those costly injuries. IoT instruments designed specifically to monitor a person’s physical condition pick up whether a worker is tired or performing too many repetitive motions. (The Liberty Mutual study ranked overexertion as the leading cause of workplace injuries, directly costing companies $13.8 billion each year.) Since fatigue often leads to injury, the wearable device buzzes a worker when it’s time to take a break and rest.

These IoT health sensors also check a worker’s body temperature, which could indicate an illness. Ill workers are more prone to accidents, so ensuring they recover at home maintains workplace safety.

IoT has emerged as a cutting-edge disruptor within the insurance industry, one that is leading to an exact measurement of risk that will ultimately lead to more precise underwriting not based on history, but on real-life situations and each individual. Correct underwriting means policyholders pay fairer rates, which makes insurance more attractive to potential buyers. Lastly, insurance carriers can switch from paying out a costly claim after the fact to preventing one from happening in the first place.