While updating the cloud ecosystem definition for Whatis.com, TechTarget’s encyclopedic database on IT definitions, I ran into … not a whole lot of information about cloud computing ecosystems on the web. Reference material on the topic is thin.

This wasn’t a total surprise. Cloud is not new, but its importance to businesses and the wider economy, while growing fast, is still nascent. So to help me define cloud ecosystem, I reached out to Liz Herbert, an analyst at Forrester Research. Her explanation is spelled out in detail in the refreshed Whatis definition — an interconnected network of add-on applications vendors, consultants and partners centered on an anchor cloud provider — and the benefits of a cloud computing ecosystem are outlined. But Herbert’s extended comments on what an ecosystem is good for warrant extra space.

“It’s a way for organizations to balance agility and speed with control,” Herbert said.

The cost of freedom

The of self-service nature of cloud computing to select services, pay on a credit card and get up and running quickly – is seen as a boon by businesses in the digital age, when they’re “under threat of extinction” by digitizing competitors. 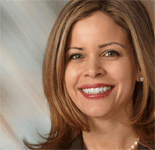 But many organizations are “totally losing control,” Herbert said. The cloud applications business departments are buying often aren’t vetted. They’re also not aggressively negotiated, “So you’re paying too much for them.” A lack of oversight and planning can lead to different departments getting the same application. Then there are the overhead costs of integrating new cloud software with existing systems.

“All of these things tend to add up from a cost standpoint, but they also introduce a lot of risk into an organization,” Herbert said.

A cloud computing ecosystem, with its many parts and multifarious overlapping connections, is designed to avoid all that. Herbert likened it to the solar system: The planets are orbited by a moon or two (or 27, in Uranus‘ case), “but then they also have relationships with each other.”

The “planets” in a cloud computing ecosystem are the big cloud providers — Amazon Web Services, Microsoft Azure, Google Cloud Platform — and the moons include organizations that use the anchor vendor’s infrastructure to power their business and also contribute to that ecosystem, for example — software as a service providers. Others, such as consultants, provide training and expertise. Then the ecosystems themselves overlap – AWS and Google, for example, both have alliances with Salesforce, creating an even larger system.

Those connections to various vendors and partners offer organizations choice in a more controlled way. Cloud customers can shop in online app stores – for example, AWS Marketplace, Microsoft AppSource, Salesforce AppExchange. They’re populated by vendors whose software has been examined and greenlighted. How secure are the applications? How risky are they to your business? How much money will they run, and how well will they integrate with other business systems? All that’s been checked out.

That way, organizations can give their constituents or even customers the power of self-service – the ability to “to quickly try out something that maybe looks interesting to them, and in many cases they can still take control of a lot of elements of selecting, deploying, modifying, et cetera,” Herbert said. Tapping a cloud computing ecosystem allows them to “get some of that control back in a way that’s not stifling business speed.”