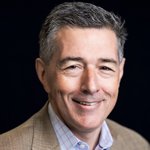 "Out of many, one" may be a traditional motto of the US, but now it can be seen as the mantra of one of the country's, and globe's, biggest IT vendors. Before I get to the IT one, however, let me talk about a different many.

Many people gathered for the Dell Technologies World conference in Las Vegas earlier this month. For a lot of them -- myself included -- it was the first venture into a three-day-long throng in well over two years. I must say, I thoroughly enjoyed being back in with the IT humanity crowd. It bears repeating that humans are social creatures and the necessary constraints brought by addressing the pandemic have not dulled our appetite to interact in person. Not dulled but maybe altered a bit.

This Dell Technologies World was simultaneously smaller and bigger. There were fewer attendees although there was still an impressive turnout. It seemed that the emphasis was on the value for the attendees and the company rather than simply how many people were crammed into the Palazzo's myriad conference rooms or how many press releases and announcements there were. Despite being a bit smaller crowd, it was a bigger event.

So, what was it all about? I'm not here to repeat the various news items, nor to re-work the excellent summary analysis of my colleague Scott Sinclair. What I do want to do is apply a wide-reaching lens to the overall crux of the event and what it represents, not only for Dell and its customers but also for the market.

You've likely already heard some of the big announcements such as a driving focus on multi-cloud by design rather than by default, advances in APEX and a partnership with Snowflake, as well as many impressive turns of the technology cranks. There was also talk of the combination of human innovation and technological advance, the move from selling appliances to subscriptions, the hyperscale clouds as 'frenemies' and VMware as a BFF. Additionally there were topics on 5G, Zero Trust security and the 'data substrate.' There are many moving parts.

The single IT cloud

Ultimately, the big takeaway is that there is one IT machine. When Dell talks of moving from multi-cloud being something you do, rather than something that happens to you, it is really moving beyond multi-cloud to a single but integrated set of clouds -- everything from on premises to public to the edge. This creates a singular, custom IT cloud for your organization: e pluribus unum.

No one in IT really wants a poorly integrated bunch of things, whether this be knowingly or by surprise. When Dell says "multi-cloud by design" it really means "out of multiple clouds, one business cloud."

I want to expand -- and hopefully add some color -- to this assertion by picking up on something Dell presented. On stage, it was said that multi-cloud is the de facto standard, but that it doesn't work very well. I agree strongly with the first statement, but I have some refinement to make to the second part.

Multi-cloud works fine in many regards. Each cloud is typically optimized to some degree for a certain purpose. But it's a flawed system and potentially a false or mistaken goal as is because no one really wants multi-cloud operations per se. Instead, they want a unified, single, easy experience delivering optimized outcomes irrespective of how many, and what type of, clouds, locations and apps are used. This is a very different thing, and the all-in ecosystem approach is something that mainframes and Apple have successfully demonstrated the value of. Dell needs to be careful that it doesn't come across as promoting a better multi-cloud than its competitors. If so, it will be selling itself short.

As Dell co-COO Chuck Whitten said in his keynote, "No one wants another walled garden." He's correct and what Dell is instead talking about with its multi-cloud-by-design approach is an all-encompassing horticultural ability that can cover and include all sorts of yards, gardens, window boxes and vegetable patches, with variable crops, as well as one set of cultivators and tools.

It is pretty obvious why Dell users are attracted to this newly envisaged -- and partially executed -- world. For the market, it is an acknowledgement that IT will continue its shift to being a service. It will no longer just be about traditional lumps of IT delivered as a service, but rather a whole new approach of granular customization. You can have as many multiples of different types of clouds as you like but working as one IT service.

You may think many vendors are telling a similar story. The truth is that few seem to have both the acumen and desire to truly deliver upon it. Some address only limited elements of the IT pie, while others are more focused on using some pie element as a hook -- or Trojan Horse -- to reign you into their preferred offerings.

I'm not suggesting the transformation journey will be easy or will happen in a few quarters, but the destination is so clearly attractive in terms of optimization, economy and flexibility that it seems inevitable. Users are going to need to choose their overall IT service integration provider and that is why Dell Technologies World started and ended with an emphasis on the word trust. After all, if you're going to make one out of many, you need to trust the process and executor.