This content is part of the Essential Guide: What's the best Linux OS for your enterprise data center?

If you're a Windows admin taking on some Linux servers, you'll need to learn some basic Linux commands for process management. No matter which flavor of Linux you're using, all services are offered by your server as processes.

Figure 1. The processes that the Linux administrator has started from the current shell, called up by the ps command.

The very first task a Linux administrator should be interested in is process management. Start by getting an overview of what your server is doing; the ps command calls up a list of all currently running processes. From a root terminal, make sure a shell is started and you have logged in as root. You can do that either by typing the user name root and the associated password at the login prompt, or by logging in with your normal user account and using the command sudo su to open a root shell. 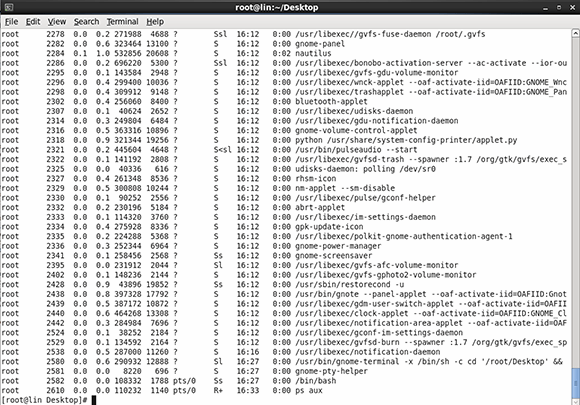 Figure 2. All processes that are active on a Linux server, as called up by the ps aux command.

Normally the list of processes that ps discovers will be very short, as it only shows the processes that you've started from the current shell (see Figure 1). Many more processes, by default, are active on your server, and you can get a list with the ps aux command. On a typical server that isn't doing anything special, expect to see 150 processes or more.

Figure 3. The grep utility allows Linux admins to show only lines that contain a specific phrase.

Linux administrators often want to know if a specific process is running. Rather than browsing the list of active processes, you can use Linux pipes -- or program redirects -- and the versatile grep command-line utility. Using piping, you can send the output of one command to the command after the pipe: That will treat the output of the first command as input. You also can use the grep utility in a pipe to search lines that contain a specific string of characters. For example, to find out if your Web server is currently running, you would look for lines containing the text httpd, using the command ps aux | grep httpd. The ps part of the command generates a list of all processes currently running, which the grep utility filters to show only lines containing the text httpd (see Figure 3).

If the process you need is not running, you can start it manually. On most Linux servers, the directory /etc/init.d contains a list of scripts that you can use to start services: use cd /etc/init.d to access the directory and type ls to show the list of services on your server (see Figure 4). While this procedure will work for the majority of Linux servers, the latest Linux distributions may use a different procedure.

Figure 4. A list of service scripts that Linux administrators can start manually.

Always type the exit command to close your root shell; you should never walk away from a server that has an open root shell.

Now you're capable of performing some basic Linux service administration tasks, and can move on to Linux files.