I’ve been struggling with an interesting problem lately. And by interesting I mean maddening, vexing and occasionally baffling. Let me explain. I have a number of mSATA SSDs at my disposal. Right now, I house them in Sabrent USB 3.0 drive enclosures (about US$18 at Newegg). I’ve been using them for years without issue, mostly with 250 GB Samsung EVO 840 units. Recently, I acquired 500 GB and 1 TB units, and things started going sideways a bit. And that’s how I learned marginal power mars Win10 USB flash drive access. The bigger-capacity drives would drop out from time to time, or they wouldn’t show in Explorer or Disk Management when plugged into a PC. 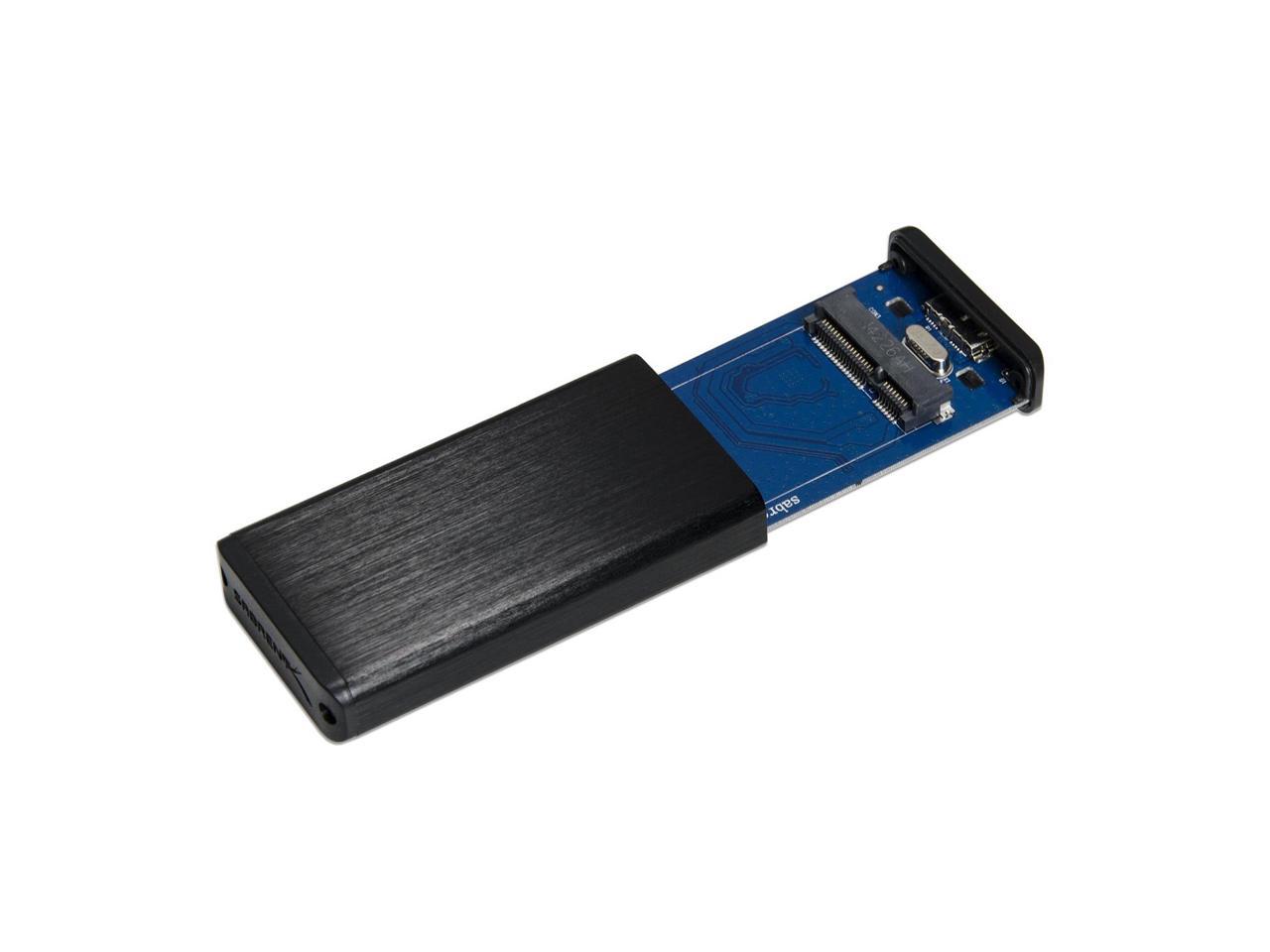 Normally these enclosures are dead simple to use: plug in the SSD, screw the holder into its cover, plug it in and off you go. But sometimes . . .

Only gradually did it dawn on me that my issues had to be power related. The bigger drives require more power because they have more circuitry to match greater capacity. While the small capacity units work without a hitch, the bigger ones sometimes don’t work on some of my PCs. This applies even for some powered USB 3 hubs. This came as something of a surprise to me, too. I figured a powered USB hub would be able to deliver maximum safe power to all of the devices it could accommodate. Not so, apparently.

Ultimately, I figured out what was going on. That happened when I switched from a direct USB 3 connection on a desktop to a PCIe Express plug-in card on an older Lenovo laptop. The desktop connection used an Asmedia 2115 USB 3 controller from the Asrock Extreme7+ motherboard. The laptop, an older Startech PCIe ExpressCard with an Asmedia 1153E USB 3 controller. Where the on-board AS2115 was iffy, the older AS1153E was rock-solid. It worked every time, with mSATA drives of 250 GB, 500 GB and even 1 TB. The newer AS2115 did not.

When in Doubt, Change the Hardware Configuration

A little online sleuthing showed me I was not alone in my issues with the AS2115. So I bought a Sabrent HB-UMP3: a 4-port, externally powered USB 3 hub, with individual power switches for each outgoing port. Using it also clued me in firmly and finally to power problems with the bigger mSATA drives. Even when using this device, I couldn’t hook up a second drive (or Ethernet adapter) to the hub when using a 500 GB or 1 TB SSD. Apparently, those suckers draw too much power to allow even an external, self-powered hub to service additional USB 3 devices when they’re plugged in.

Of course, what happened when I tried using more than one device through the hub told the story. The SSD dropped out as soon I plugged in another device. The moral of this tale, apparently, is that high-capacity USB 3 SSDs require an entire USB 3 controller channel to themselves, with all its power. My recent experience teaches me that trying to gang up USB 3 devices when one of them is an SSD of 500GB or more is not always workable. Go figure!

[Note Added 10/20/2018]: I am now able to confirm my hypothesis about insufficient power using Uwe Sieber’s excellent USB Device Tree Viewer tool. When I plug a second USB device into a single USB controller with the tool open, I can see that device mount for a second (almost literally). Then, the device that draws the most power — usually, a 500 MB mSATA SSD device, or better — “falls off” the USB bus. This repeats until I unplug one of the two devices attached to that controller (or hub, as the case may be).