A blog for IT professionals faced with deploying, managing and troubleshooting next-generation applications on distributed infrastructure in the cloud and elsewhere. 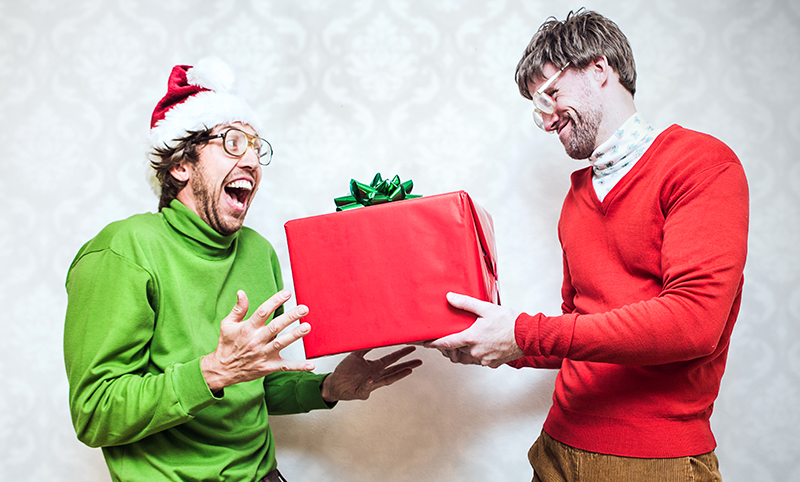 Not all great geek gift ideas have batteries or wires.

Even the most dedicated technologist needs to take his or her eyes off a screen every so often. This year our geek advisors’ suggestions to help the geek in your life unplug and unwind include selections off the beaten gadgetry path, from nerdy kitchen tools to a bacon subscription service.

“We already spend money on toys, gadgets, etc. for ourselves based on our interests, so it’s hard to buy something useful in those categories,” said one enterprise IT pro we consulted for geek gift ideas this year. “The more interesting things that tend to come up would be an outing related to something that we’re interested in: a concert, a winery tour, a spa day, lessons with a trainer or coach for a hobby or sport.”

For geeks that like to stick closer to home, this geek also recommends a recent gift he received from a friend: a subscription service for a shipment of bacon every month for a year. (He didn’t specify which service it was, but a Google search reveals several choices such as the Bacon of the Month Club, Goldbelly, and more.)

Other analog gifts that help balance out the tech in your geek’s life include fountain pens, nice paper notebooks – our geek friend suggests a Musubi — InstaPots, and cookbooks.

If the way to your geek’s heart is through their stomach, check out other food subscription services such as Universal Yums for international snacks, or nerdy kitchen tools such as a keyboard-shaped waffle iron. One of our geek advisors recommends a fancy ice cube tray to support fine whiskey drinking.. Most geeks are also coffee connoisseurs who might appreciate a funny coffee mug, floppy disk coaster set or a new type of geeky coffee to try.

For the non-culinary geek that likes to build things other than computers and software, consider the Thor’s hammer toolbox, a multi-function tool, or an LED worklight.

“It’s amazing how bright these things are compared to flashlights, and far more practical if you are working in a darkened area for any amount of time,” said one of our geek consultants of the LED worklight. “This one also charges USB devices.”

On a less practical and more whimsical note, another one of our geek experts recommends the LEGO Architecture series.

“I just built the Las Vegas one, and I love how they did the Encore and the Bellagio,” he said. “For added fun, grab a discontinued one like the Villa Savoye.”

Finally, geeks with a sense of humor may appreciate a Millenium Falcon ugly sweater, a sticky note printer, an Elon’s Musk air freshener – “Dangles elegantly from the mirror of that Tesla car you don’t own,” reads the product description – or, and this is a real thing, a useless box.

For geeks who never unplug, you may mitigate the damage done by countless hours of late-night coding with blue light blocking glasses.

Many geeks share their knowledge digitally with the rest of the geek community through webcasts, vlogs, podcasts and presentations. For such outgoing geeks, audiovisual equipment is the most sought-after category of gadgetry this year.

“For some of us, using our phones to not just chat but to vlog and live stream is becoming a way of life, but the thing that many of us are missing is the need for good lighting when making videos,” said an analyst geek we know.

“A good diffuse light, with different lighting levels and color temperatures can make a dramatic different in video quality,” he suggested, and recommends the gooseneck variety, which doubles as a cell phone holder, and is available in many versions and price points. Anti-gravity iPhone and Android smartphone cases may also replace a tripod in tight spaces.

Geeks that present webinars swear by HD webcams such as the LogiTech c920 and sound recorders such as the Yeti USB microphone, and for live presentations, the Logitech Spotlight presentation remote. Podcasters who need on-the-go sound studios recommend equipment such as the Zoom H5 Recorder, although it may exceed some gift buyers’ budgets. There are also portable whiteboard products that aid in presentations, such as the Wipebook Scan and Scribit, a Kickstarter project that turns any wall into an interactive screen.

“This device compares the scene with thousands of professional pictures and through AI suggests the optimal camera settings,” said a geek who’s a fan. “Some will say it’s cheating, but I can live with that — we don’t all have the time to fail over and over learning the hard way!”

Some suggestions from our geek advisors this year overlap with themes in past geek gift guides, such as electronics for geeks who travel and home automation equipment. Additions to both these categories that have caught geeks’ eyes this year include foldable travel keyboards, ultra-small portable WiFi routers, and keyring device charger kits. Digital nomads can keep tabs of all their devices with Tile tracking kits.

Home automation enthusiasts who already have the essentials covered might be wowed by newer items such as smart padlocks, an Alexa-controlled Sonos soundbar, and even a kit that turns any car into a self-driving vehicle.