Editor's note: This article is the first of a two-part series explaining the basics of Hyper-V networking -- the networking behind Microsoft Hyper-V environments. In part two, we examine Hyper-V logical networks.

When you open the Hyper-V Virtual Switch Manager and choose the New Virtual Switch option, you can create three different types of virtual switches (as shown in Figure B). Not all of these switches are bound to physical adapters. 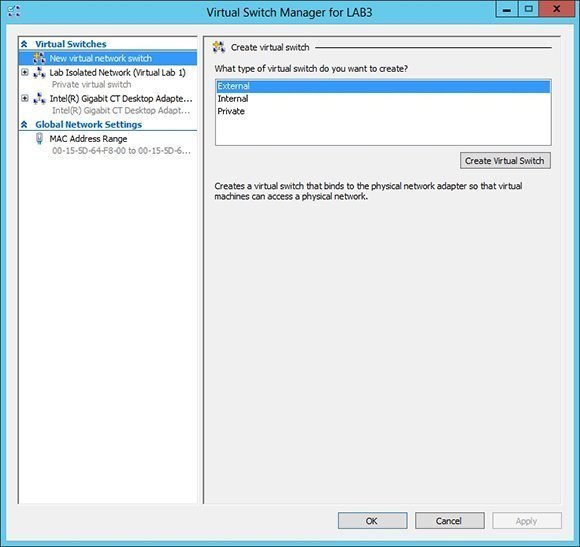 The first type is an external virtual switch, which is just a basic virtual switch that provides connectivity to the physical network.

Hyper-V virtual switches also support the use of virtual LAN (VLAN) identifiers. Technically, VLANs are not necessary in virtual network environments. Functions like those of a VLAN can be more efficiently achieved through modern mechanisms, such as software-defined networking. Even so, Microsoft provides VLAN capabilities as a way of helping organizations that are using VLANs on their physical networks to more easily transition to the use of Hyper-V.

About the author:
Brien Posey is a seven-time Microsoft MVP with two decades of IT experience. Before becoming a freelance technical writer, Brien worked as a CIO for a national chain of hospitals and healthcare facilities. He has also served as a network administrator for some of the nation's largest insurance companies and for the Department of Defense at Fort Knox.

What to know about Hyper-V storage