The Unitrends VMware backup product that launched today is going directly after one of the data protection vendor’s major competitors.

Unitrends CTO Mark Jordan said Veeam is leaving behind VMware administrators as it shifts its focus to enterprise customers.

“We are using this to fill a niche,” Jordan said.

Unitrends CEO Paul Brady said he’s heard complaints about Veeam’s increasing prices and lack of attention. The number of customers expressing frustration gained steam in the second half of last year, he said.

George Crump, founder and president of analysis firm Storage Switzerland, said Unitrends is banking on the fact that Veeam has left its core market exposed.

“I don’t know if that’s really happening,” Crump said. “If the market is exposed, I think [Unitrends] could be pretty successful there.”

Danny Allan, vice president of product strategy at Veeam, said the vendor has nearly 300,000 customers and continues to add 4,000 new ones each month. Veeam claims its first-quarter bookings increased 21% year over year, and expects to reach $1 billion for 2018.

“For smaller companies, we have Veeam Backup Essentials 9.5, an affordably priced solution that meets the needs of SMBs,” Allan wrote in an email. “For large enterprises, we have the enterprise-plus edition of Veeam Availability Suite, which is designed for large, distributed, multi-cloud architectures that scale to multiple petabytes. What’s more, we help power over 3,200 partners’ backup-as-a-service and DR-as-a-service offerings to tens of thousands of Veeam customers.

“That said, if anyone has concerns about our commitment to VMware administrators, we encourage them to ask someone from Veeam about it when they attend their next [VMware User Group]. Because Veeam will be there.”

How will Unitrends vBE measure up?

The Unitrends VMware backup product is a virtual appliance for a hypervisor-level environment only. It manages protection for VMware workloads in public clouds such as Google Cloud Platform and Amazon Web Services, and also integrates with the Unitrends Cloud purpose-built for DR as a service. The product manages VMware data backup, off-site replication and recovery, according to Unitrends.

The ransomware detection was previously included in Unitrends Recovery Series physical appliances and Unitrends Backup virtual appliances. The technology uses predictive analytics to determine the probability that ransomware is operating on a server, workstation or desktop computer. Unitrends alerts customers when it detects ransomware, so they can immediately restore from the last legitimate recovery point.

“It’s a feature set that wins us business every single day,” Jordan said. 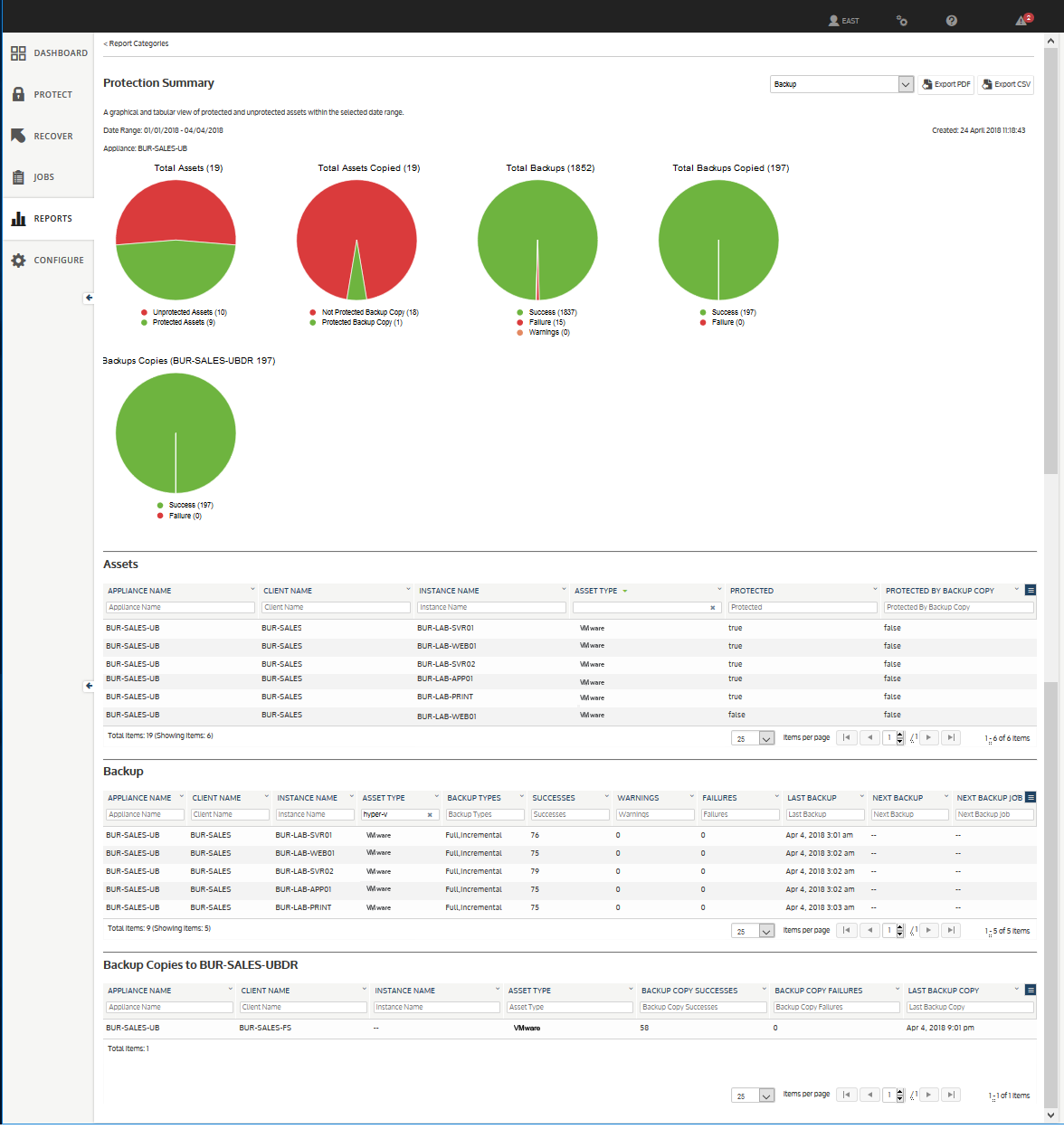 Though there’s nothing that stands out in terms of new technology, Crump said, Unitrends has simplified the interface and removed options that no longer apply because the product is focused on VMware.

For Crump, Unitrends’ success comes down to two questions: How well does it execute? And how accurate is its description of the discomfort in the Veeam community?

From a technology standpoint, vBE is focused, and there are going to be customers only on VMware, who now have at least two options.

“In that scenario, I think Unitrends will win a portion of the business,” Crump said, noting the platform’s price and ability to expand. He estimated the target customer is at the upper end of the SMB market.

The product is meant to be used with other vendors’ storage or compute, Jordan said.

The Unitrends VMware backup can protect up to six sockets. It costs $105 per socket.

By the middle of the year, Unitrends plans to add more features to vBE, including complete disaster recovery orchestration, copy data management and analytics.

Crump cautioned against adding too much.

“When you’re trying to go simple, the more features you add to it, the more confusing it becomes,” he said.