The integration of voice into IoT devices creates a new user experience that many consumers enjoy. As of this year, 20% of U.S. adults have smart speakers, which translates to roughly 47.3 million people. The report also notes that adoption is expected to grow by 50% in 2018 alone.

The current players in the IoT voice world are Amazon’s Alexa, Apple’s Siri, Microsoft’s Cortana and Google Assistant. Siri was the first on the scene in 2011 and controlled applications within the iPhone. Since, however, Siri has seen many upgrades and can now sync with other IoT-controlled devices such as smart lights and smart thermostats. Siri can be used to order an Uber, set appointments and even send text messages, all using voice.

Google Assistant comes already loaded on the Google Pixel phone or by purchasing the Google Home speaker. Google Assistant is the newest of the three, and it allows for more context than Siri, which often requires exact phrasing for voice searches. Amazon Alexa is the most customizable — though not as conversational as Google Assistant — and offers three products, Echo, Echo Dot and Tap. Users love the Alexa skills, which is what makes this tool incredibly useful. Cortana, which works with Alexa, is linked to the Office 365 suite, which has many business implications. Microsoft has also hinted at integration with LinkedIn, a partnership that would be incredibly beneficial for businesses.

IoT voice control in vehicles
Automobiles are leading the way in IoT adoption. Gartner predicts that one in five cars will be connected by 2020. Both Google and Apple have tools that allow drivers to control calls, listen to messages and control apps using voice. The smart radio system, Radioplayer Car, will enable drivers to control the radio, seeking to limit distractions while driving.

Automakers such as Toyota and Audi are expected to launch new AI features in their vehicles. AI software can become a personal assistant for drivers, responding to voice commands and helping guide drivers when necessary. Bob Carter, senior vice president of automotive operations for Toyota said, “At Toyota, we recognize that the important question isn’t whether future vehicles will be equipped with automated or connected technologies. It is the experience of the people who engage with those vehicles. Thanks to Concept-i and the power of artificial intelligence, we think the future is a vehicle that can engage with people in return.” 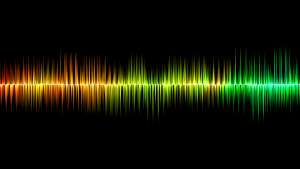 While many hope that IoT in vehicles will eventually lead to autonomous cars, that technology is still about a decade away. For now, however, vehicles are being equipped with more and more connected features, all led by voice recognition technology.

IoT voice control at home
Right now, the voice-controlled smart home battle is led by Google Home Mini and Amazon Echo Dot. The Alexa skills that integrate with home features make voice-controlling a smart home easy and straightforward. Currently, Amazon and Google together account for 69% of smart speaker shipments, but there are plenty of companies improving their technology to compete. These platforms have the ability to integrate with almost every aspect of a smart home — refrigerators, lights, televisions, washing machines and so forth. As more devices become connected, voice commands will control more in the house.

Companies such as Amgen Inc. and Orbita, Inc. are adding voice commands to help patients complete daily journals and collect data more seamlessly. The one concern stakeholders have, however, is privacy, as smart speakers cannot yet distinguish between speakers.

As more and more people use connected technology, the need for voice control increases as well. The hands-free capabilities make daily life easier, and users are happy to integrate technology into their cars, home and healthcare life. While the big players still dominate the IoT voice space, new, innovative companies are competing to enter the market. Every forecast indicates that the future of gadgets and devices is connected and intuitive. The faster they incorporate engaging functions such as these ones, the faster society will embrace them and take advantage of their potential.