Recently, as I was reporting on cloud computing’s effect on the CIO, I kept running into the same idea: The job of CIO is not the technology job it once was.

In fact, Forrester Research’s Bobby Cameron said the last time he and his colleagues looked into how many CIOs had a tech background, it was 50%. That was years ago; today, the percentage has probably gone down.

“We quit asking the question because no one paid us to ask. It’s just — no one cared,” Cameron said. Today, the job of CIO is not primarily a technology job, he stressed. Certainly, though, CIOs “need to understand the power of technology.”

Cloud computing has shown them that power, taking the nitty-gritty IT of operations out of the data center and giving it to the cloud providers — what Cameron calls a disassociation from the “low-level stuff.” That has freed up CIOs and IT to help the business create value for customers — and quickened the long-discussed transition of the CIO from tech arbiter to business partner.

Cloud has done something else to influence the shifting job of CIO, said Shashank Dixit: It has opened the gates on “the data deluge.”

Dixit is the CEO of Deskera, a business management software provider headquartered in Singapore. For years, Dixit said, CIOs have focused on information, which he characterized as “highly distilled data” residing in their companies’ business and IT systems. Now, with waves of data flowing in from multifarious sources, CIOs need to refocus their energy. 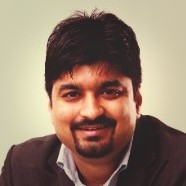 “I’ve seen CIOs move from silos and walled gardens to the complete openness of today, where you can use a phone and you’re plugged in using various devices, and then you have applications you can use from any device,” Dixit said.

And customers are using those devices to contact the companies they do business with — often through social media platforms such as Facebook or WhatsApp. That constant stream of data, easily created in and moved through the cloud, has made CIOs “data officers more than information officers,” Dixit said. (The debate over whether they are, especially in the presence of an exec with the title chief data officer, has been on for years.)

They now must chaperone that data, building a comprehensive policy to secure, manage, process and analyze it, Dixit said. If they don’t, and they infuse their business processes with popular new technologies such as AI, which depend on reams of data to work well, “it’s like lighting a powder keg,” he said. “You’re going to have a lot of data coming your way, and you’d better have a plan to deal with that.”

Getting technology in place is still “very high up” the task lists of CIOs, Dixit said, but the cloud has made procuring new applications or business processes so easy for business users, the job of CIO is no longer about serving as tech gatekeeper.

“They’re no longer in control. The user within the enterprise can decide to use an application that they would want to use,” Dixit said. “So the CIOs have to now move away from taking orders on what to buy and where to buy it from to taking care of the data.”