This article is the last in a five-part WiMAX tutorial series and focuses on WiMAX devices. The first part introduced WiMAX technology, applications and terminology; the second described WiMAX services; the third focused on WiMAX performance; and the fourth part focused on WiMAX security.

Show me the service

Widespread availability of WiMAX devices will be slow to develop. Telecom consultancy Maravedis expects 25 million consumer electronic WiMAX units to be shipped in 2012. But this is far less than the 1.13 billion handsets, or the 300 million Wi-Fi chipsets, shipped in 2007. The reason for the relatively slow growth of WiMAX units is the lack of widespread WiMAX service. Some device vendors will attempt to grab early market share and establish brand recognition by offering WiMAX devices in advance of widespread services, but customers will not purchase WiMAX devices if the service is not generally available in their region. In contrast, Wi-Fi technology does not depend upon the availability of Wi-Fi services. Users can take advantage of Wi-Fi devices on enterprise networks, in their homes, or at hotspots.

The fact that network operators will take years to deploy ubiquitous mobile WiMAX service will drive device manufacturers to design dual-mode devices that support 2nd generation (2G) and 3rd generation (3G) technology (such as EDGE and HSPA) in addition to mobile WiMAX. The 2G/3G technology provides access to ubiquitous coverage and support for voice, while the WiMAX technology provides access to mobile broadband data service. (Note that the same will be true for the 3rd Generation Partnership Project (3GPP) Long Term Evolution (LTE) technology when that is deployed in 2010.) 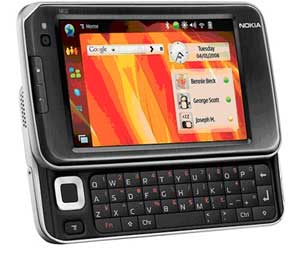 WiMAX will also be designed into data-oriented devices such as laptops, tablets and ultra-mobile personal computers (UMPC). For example, Nokia introduced the N810 Internet Tablet that supports mobile WiMAX and Wi-Fi. The device has a WiMAX usage battery life of three hours and is estimated to cost approximately $450. Battery life will improve over time. Ultimately, higher device shipment volume will drive down the per-unit price.

A more likely scenario in the near term is the use of external WiMAX devices. These include PC/Mac cards and universal serial bus (USB) devices. A mobile WiMAX USB device will work with existing PCs and Macs and can be passed from one user to another. For example, Airspan Networks introduced a mobile WiMAX USB device that will enable connectivity to any global WiMAX network. The device supports the common mobile WiMAX bands -- 2.3 GHz, 2.5 GHz, 3.3 to 3.7 GHz, and even 4.9 to 5.4 GHz -- so it can be used on WiMAX networks around the world. 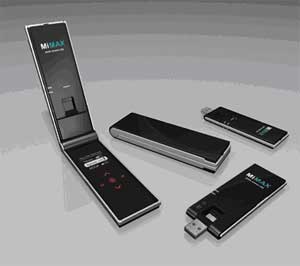 The primary driver for WiMAX devices will be the availability of mobile WiMAX service, but such services will be slow to develop. Therefore, WiMAX devices are not likely to achieve the same volume and cost characteristics as Wi-Fi devices. Some device vendors will attempt to grab early market share and establish brand recognition by offering integrated WiMAX products, such as ultra-mobile PCs, in advance of widespread services. A more likely scenario, however, is the availability of external WiMAX products, such as USB devices.

About the author: Paul DeBeasi is a senior analyst at the Burton Group and has more than 25 years of experience in the networking industry. Before joining the Burton Group, Paul founded ClearChoice Advisors, a wireless consulting firm, and was the VP of product marketing at Legra Systems, a wireless-switch innovator. Prior to Legra, he was the VP of product marketing at startups IPHighway and ONEX Communications and was also the frame relay product line manager for Cascade Communications. Paul began his career developing networking systems as a senior engineer at Bell Laboratories, Prime Computer and Chipcom Corp. He holds a BS degree in systems engineering from Boston University and a master of engineering degree in electrical engineering from Cornell University.

Paul is a well-known conference speaker and has spoken at many events, among them Interop, Next Generation Networks, Wi-Fi Planet and Internet Telephony.