This content is part of the Essential Guide: Desktop as a service virtually eases deployment, hosting woes 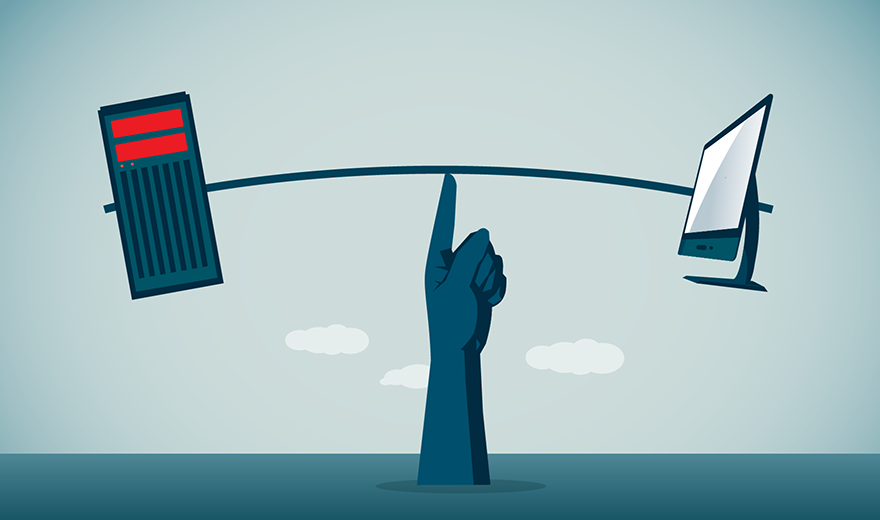 The first and likely most important decision that IT must make regarding application and desktop virtualization is where to host the desktops and apps. IT must decide when to host virtual desktops and apps itself -- VDI -- and when it should rely on a service provider to deliver desktop as a service (DaaS).

IT must understand that VDI vs. DaaS is not purely black and white. Many organizations host virtual desktops in-house but also rely on DaaS in other situations. DaaS is particularly useful when the number of virtual desktop users in the organization fluctuate because it is very easy to scale up or down. IT can pay for the exact number of desktops it needs at a given time. With VDI, IT must make the adjustments itself on the back end.

The VDI vs. DaaS debate is one-sided in terms of upfront cost because VDI requires IT to build its own back-end infrastructure to host the virtual desktops and applications. For small to medium organizations that don't have the capital to invest in their own hosting infrastructure, DaaS may be the best option. With DaaS, IT pros won't have to spend time monitoring the desktops, configuring Group Policy Objects, and other VDI management duties because the DaaS provider handles all of it for them.

There are several important benefits of desktop virtualization that VDI offers and DaaS does not. For example, VDI provides more security and direct control over the desktop and app configurations, maintenance, delivery and more. VDI does have the major upfront cost of building the back-end infrastructure, but once IT builds VDI the organization avoids the subscription fees that DaaS providers charge.

Considering VDI vs. DaaS ultimately comes down to the needs of any given organization. VDI is a major commitment, but organizations that can afford the cost of building it should consider this option. If an organization can't afford to build VDI or isn't committed to building its own infrastructure, then DaaS is the answer for them.