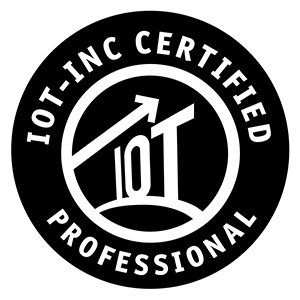 With many different IoT protocols available, how do IT pros identify which ones they need for their industry? Start with the three protocol layer basics and how each work together.

IT pros must understand the IoT network layer protocols and standards that connect the multitude of devices in any IoT deployment.

The most effective IoT deployments use standards as the lifeblood of each IoT product to ensure different tools and devices work together. With many different protocols available, it's important to understand each layer's interdependence from each other and how they all work together to deliver data. IT pros must not conflate the many protocols available; the practical delivery of data depends on the independence of each.

Organizations use IoT network layer protocols -- established rules to format, transmit and receive data -- to ensure that devices can communicate. Some IT professionals use the terms protocols, standards and layers interchangeably. Each serve the same purpose to transfer data from the edge to the core data center and vice versa. Protocols that are formally accepted by most of the organizations that use them are considered standards. The layers used in an IoT deployment use protocols or standards to prepare data for transit.

The media layer consists of protocols -- such as Bluetooth, Wi-Fi and low-power wide area -- to transmit data in IoT deployments. Protocols that contain the meta data make up the application layer, such as MQTT, XMPP and CoAP. IoT applications use them to provide context.

The network layer is made up of protocols to move data from the network edge to the core, passing through operational technology (OT) and IT networks. Many OT protocols grew as independent silos because organizations developed them in isolation within each of the industries they serve. The variety of protocols that don't all work together have created one of the biggest problems in IoT today. Some of the OT network protocols include controller area network bus for automotive networks, BACnet for building automation and open shortest path first for smart grids. IT network layer protocols don't share the same issues because only two have become standards: IPv4 and its successor, IPv6. Organizations have used both for decades.

Each IoT standard and how they work together, along with examples, are covered in the ICIP Technology course.