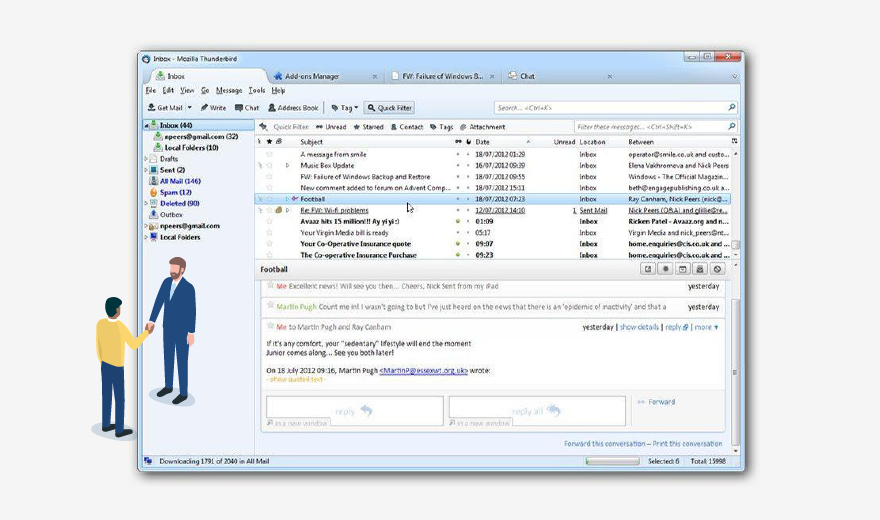 Thunderbird supports basic calendar and chat functions. Like other enterprise email clients, IT can design its servers to run Post Office Protocol 3 (POP3), which allows users to move emails from a remote server directly to their devices. IT may also consider the Internet Message Access Protocol (IMAP), which allows users to access emails stored in a network database and interact with them as though they are local emails.

Ultimately, Thunderbird is not as polished as Outlook because Mozilla simply does not have the resources to pour into email client product development. For example, Mozilla's email developers rely on user reporting to fix bugs.

There are even some unresolved bugs that have persisted through several versions of Mozilla Thunderbird email, such as corrupting data in POP3 folders, errors with saving and uploading large attachments, and incompatibility with McAfee Anti-Spam. IT can work around these problems by using alternate antispam add-ons and working with Thunderbird's linking feature for large attachments.

Outlook has many features that Thunderbird needs add-ons to match, such as delayed email delivery and Google Calendar connectivity. Thunderbird does allow IT to design the UI and select features to match the exact needs of its users.