This content is part of the Conference Coverage: VMware Explore 2022 news and conference coverage 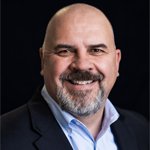 I attended the VMware Explore conference last week at the Moscone Center in San Francisco with a number of my Enterprise Strategy Group (ESG) colleagues. It was great to be back in person and interact with customers and executives over this four-day event. Quite a few changes took place since the last time we gathered about three years ago. One of the most noticeable changes in this year's conference was the rebranding of the event from VMworld to VMware Explore. Why? Simply put: evolution.

For many people, this change is a concern. But if you look at the company, it's clear to see the new branding for this event reflects the evolution of the business. Over the years, VMware has built a huge customer base and reputation in the market for transforming organizations with the adoption of not just VMs but also the associated ecosystem that enables it to thrive.

In 2019, when VMware announced Tanzu -- its modular cloud-native application platform -- it marked the company's shift to focus on containers and hybrid clouds. Now it is entering the next phase: evolving to support client's multi-cloud and edge environments. The transition to focus on multi-cloud strategies is spot on, and VMware's description of the cloud chaos that exists mirrors ESG research results. VMware's goal is to eliminate the chaos and make organizations "cloud smart." So, it changed its annual show to better reflect its aspirations to turn this event into the multi-cloud industry event, now called VMware Explore. To provide proof of this intent, VMware took its first steps by enabling diamond sponsors to have their own track, which the sponsors moderated without any outside interference from VMware.

This was also VMware's first event before its impending Broadcom acquisition. While there is much speculation about what might happen, VMware can't talk about it. The fact that Broadcom CEO Hock E. Tan attended the event is a potentially positive sign, however. Having been acquired before, VMware remains focused on what it can control and talk about: enabling its customers to more effectively deploy and manage multi-cloud environments.

A number of product announcements released at the show related to the multi-cloud realm, including vSphere 8, vSAN 8 and Aria. I will leave the analysis of those to my colleagues Paul Nashawaty, Scott Sinclair, Christophe Bertrand and Mark Bowker, however.

One of the areas that got some attention was the realization of Project Monterey. To decipher the code name, this was the project to drive SmartNICs leveraging data processing units (DPUs) into servers. It enables organizations to offload VMware networking and security functions from application servers. Being focused on ecosystems, VMware has certified products from Intel, Nvidia and Pensando. Why do this? It's for organizations building out new cloud-native applications in their own data centers (yes, this still happens; in fact, ESG research show the majority of applications are in private data centers). It enables organizations to offload the networking and security capabilities from the CPU. According to VMware, this will optimize CPU usage, reduce latency (compared to appliance-based services) and improve application performance on the CPUs.

ESG refers to this emerging space of SmartNICs and DPU-enabled services as distributed services. VMware calls it Elastic Application Service Edge, or EASE, to serve as a cousin to Secure Access Service Edge (SASE), which provides secure connectivity to remote users. These SmartNICs are ideal for organizations building out highly dense compute environments (think cloudlike) or for organizations looking to gain an advantage in edge environments.

What makes EASE so powerful is the fact that it is fully integrated into vSphere 8. Users can leverage vCenter to deploy and manage it -- nothing to learn or get trained on -- and it will work right out of the box. At the event, both Dell and HPE announced products using this technology, with HPE deploying it in servers and Dell in its server and VxRail hyper-converged infrastructure products (no word yet if Aruba would use the VMware technology in its Pensando-based network switches).

Given that multi-cloud environments will require connectivity to enable these distributed environments, VMware highlighted two new projects we will hear more about next year. Coming out of VMware's advanced network and security group, Project Northstar will provide SaaS-based multi-cloud networking and security services, and Project Watch will be responsible for delivering multi-cloud apps to app policy controls. These will represent a tremendous opportunity for VMware as it moves into the multi-cloud space.

VMware also has a significant play with software-defined WAN (SD-WAN) and opportunities to deliver SASE products. This will be especially important for organizations with hybrid work initiatives, not just for contact center workers. Conversations I had at the show indicated that more industries are exploring the use of SD-WAN for remote employees, especially as 5G technology rolls out and provides a viable multilink connection along with broadband. The acquisition of Nyansa provided VMware SD-WAN with the AIOps capabilities needed to automate tasks, such as self-healing and self-optimization in these highly distributed and complex environments.

In his keynotes, former executive chairman and CEO of Cisco John Chambers often highlighted what happened to companies that missed pivotal transitions in the industry -- namely that they would go out of business. VMware is determined to make this transition to supporting customers in multi-cloud environments. Not content to rest on its success with VMs, VMware is driving forward to apply what it learned abstracting the complexities of the data center to abstracting the complexities of highly distributed cloud and edge environments. The executive team has been refreshed and is eager to address the multi-cloud opportunity. Now, let's hope Broadcom understands this transition and the opportunity VMware has and fully supports it once the acquisition is finalized.