Patrick Brown intends to help solve the climate crisis -- one burger at a time.

Brown is the founder of Impossible Foods Inc., a food tech company based in Redwood City, Calif. The company's signature Impossible Burger made headlines in 2016 as a plant-based burger that "bleeds." Since then, the company has been growing rapidly. It now boasts investors from Bill Gates to Jay-Z. And it's valued at $7 billion, according to CNBC and others.

Brown, who recently handed over the CEO reins to Peter McGuinness, has been living a climate action mindset for a long time, marrying business goals with environmental sustainability leadership.

Here are four transferable lessons CIOs and other IT leaders can also use.

About 12 years ago, Brown took a sabbatical from his then job -- medical research at Stanford University's School of Medicine -- to consider how he could have the most positive impact on the world, he said in an interview at the inaugural MIT Technology Review ClimateTech event in Cambridge, Mass. in October. As Brown learned more about climate change drivers, he knew he had to make a difference in that area.

He founded Impossible Foods in 2011 and dedicated himself to creating a plant-based meat substitute that would satisfy meat eaters. Tackling all the obstacles such work demands required continually relying on his growth mindset.

Industry watchers from Gartner to IDC have put environmental sustainability in the top business and IT priorities for 2023 and beyond. Yet many organizational leaders are just now turning their attention to sustainability. And to tackle the sustainability transformations that lie ahead, they'll need to expand their growth mindset. A growth mindset puts a premium on self-efficacy and personal responsibility as a means of changing the world versus viewing the world as fixed or "just the way things are."

Since technology underpins so many corporate sustainability efforts, IT teams have an important role to play in driving success. They can learn how to lead sustainability initiatives and collaborate with others on learning concrete ways to help. Seeing the ways in which a growth mindset is closely aligned with agile principles -- which many IT teams are intimately familiar with -- can be a helpful starting point.

Raising animals for food is the second largest contributor people make to greenhouse gas emissions, behind fossils fuels, according to nonprofit Climate Nexus. Animal agriculture is also a leading cause of deforestation, water and air pollution and biodiversity loss.

Brown looked at this oft-overlooked climate issue and saw opportunity to help address those climate impacts, bringing transferable skills from medicine to his new endeavor as the head of a food company.

Which sustainability mission CIOs and IT teams focus on might vary, but their role is key.

For example, IT leaders can learn environmental, social and governance priorities from a company's materiality assessment. If that assessment does not exist, the CIO can help drive that effort forward.

IT leaders can also work on developing a green computing strategy and other technology initiatives to lower the amount of carbon emissions technology generates.

These initiatives include optimizing device lifespan, aggressively recycling devices and focusing on greener procurement practices, according to "The green IT revolution: A blueprint for CIOs to combat climate change," a September report from McKinsey & Company. Many of these practices could even save money.

Food is one of the most emotionally charged foundations of life, and changing eating patterns isn't easy -- even when people are motivated to make those changes. Brown understood that, which is why he focused on making change as effortless as possible.

"You're not going to be able to nag or compel people to change their diets," Brown said. "You just have to give consumers a better choice."

Instead, he aimed to make change easier by creating plant-based products that meat eaters would find delicious, he said.

Technology might not be quite as emotionally charged as food, but it's not that far behind. Many people feel a deep connection to their technologies of choice and the way they've always done things. But addressing the climate crisis requires IT leaders to address technology use.

IT's energy consumption is increasing by 9% every year, according to The Shift Project, a Paris-based carbon transition think tank.

Moving toward digital sobriety, a concept of mindful and responsible digital use, will require business and IT leaders and users to move away from trading up for the next shiny device or system, for example.

Moving to a greener IT approach will require nuanced change management to shift behavior and marketing to get buy in from business leaders and users. Making changes as easy as possible and supplying users with strong reasons to alter their behavior are two important strategies to consider.

1-Minute Overview: How Should You Get Started with Environmental Sustainability? 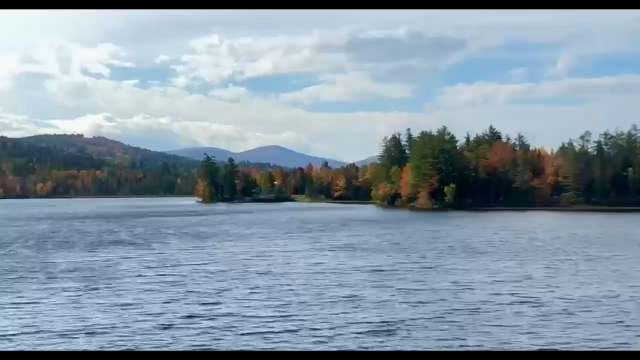 Brown started Impossible Foods with the simple -- but seemingly impossible -- mission of replacing the use of animals for food in the global animal agriculture system by 2035.

For many people, even the idea of replacing their protein on a regular basis with plant-based products is a challenging idea -- much less meeting the target Brown has set. But societal norms can change. Consider these strange facts from the past: There was a time when doctors prescribed cigarettes, the French believed potatoes caused leprosy and people regularly threw their trash out the car window. Behavior changes in the face of scientific discoveries, social change and changing needs.

Today, more people are adopting a plant-based diet for health reasons, out of concerns for animal treatment or because of climate concerns. Generation Z, in particular, is calling for a more sustainable food system, according to McKinsey. The market for plant-based protein and meat alternatives is expected to increase from $4.6 billion in 2018 to $85 billion in 2030, according to Swiss investment firm UBS.

Competing on price is also a challenge since the U.S. livestock operators have received subsidies of about $50 billion from 1995 and 2021, according to research by the Environmental Working Group.

The bottom line is that Brown might not succeed at his mission of eradicating animal agriculture. Still, that larger mission fuels each of the product development efforts along the way.

At the ClimateTech event, startups and researchers -- from those focusing on decarbonizing cement to creating new forms of hydropower -- presented their "impossible" ideas. Conceivably, not all of them will scale their projects. But it's thanks to the rampant optimism demonstrated by groups such as these that progress happens. That's something technology leaders already know a lot about.

IT leaders and their teams have already achieved what seemed like impossible goals; one example is leading digital transformations in record time during the pandemic to address challenges brought on by remote work. Sustainability has reached the top of the urgent priority list, and IT can bring its transformation experience to bear on climate challenges. That includes focusing on easier wins, such as reducing consumption, better data management and creating new models of circular economy.

Like Brown, CIOs and IT leaders have their work cut out for them. But by setting their sights on developing environmental sustainability leadership, they can bring the creativity and business acumen that have driven other transformational projects. And, as a bonus, their purpose-driven goals can help attract and keep talent.

IT Sustainability Think Tank: Getting to grips with greenwashing

Part of: Key lessons from the 2022 ClimateTech conference

Up Next
'Speed & Scale' has climate action tips for all

Companies, individuals and governments should work together to combat the global climate crisis, according to 'Speed & Scale' co-author Ryan Panchadsaram.

For climate tech investors, the team behind the tech matters

Climate tech success hinges on the technology's capability, the team behind the tech, and their vision for building a viable business and scaling it.

Impossible Foods' Patrick Brown is proof that a focus on climate action can drive market success. Here are four sustainability mindset tips that IT leaders can use for themselves.

The industrial sector has a massive carbon footprint. That's why some companies are working to clean up steel and cement and find new uses for carbon.