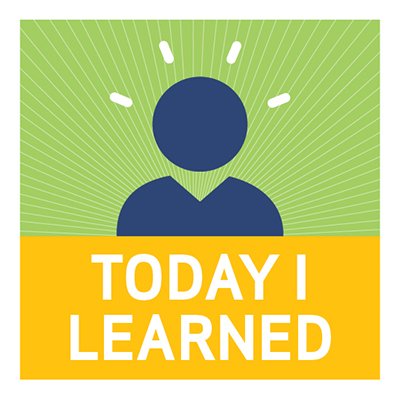 In this episode of 'Today I Learned About Data,' we discuss AI adoption in the enterprise, and it's been slower than many have predicted.

In this episode of Today I Learned (About Data), we discuss AI adoption in the enterprise and some of the reasons why it has lagged behind expectations. At the beginning of each year, about a quarter of organizations tend to predict they will deploy some form of AI by year's end, but as Gartner analyst Whit Andrews has seen, the actual number tends to be significantly less.

In this podcast, Andrews shares some of his thoughts about this trend and how his advice has changed over the course of the past few years for organizations looking to adopt AI.

Ed Burns: Hello, and welcome to this installment of Today I Learned About Data, where we give you a behind-the-scenes look at some of the most interesting topics our TechTarget editors are covering. My name is Ed Burns, and I'm the executive editor of TechTarget's Information Management sites, and today I'm talking with Joseph Carew, assistant editor at TechTarget. Hi, Joe, and what did you learn about today?

Joseph Carew: Hello, Ed. Today, I learned about AI adoption -- specifically, some of the factors that are holding it back.

Burns: So, this is an interesting topic. It's one we've been covering for a number of years really. I can remember back to, gosh, it must be around 2015/2016 when AI first started catching on at the enterprise level, and going all the way back to then, it feels like people have been predicting that this huge wave of AI adoption is just around the corner and, any day now, we're going to start seeing businesses across industries adopting AI. And we have seen a fair bit of movement in that direction, but it doesn't feel like anywhere near really what people have been predicting. So, what have you been learning about that?

Carew: Right, so that wave has yet to crash really is what it seems like, so I spoke to Whit Andrews, and he's an analyst at Gartner just about this topic, and he said that surveys, you know, continue to show that, you know, 20%/25% of CEOs/CIOs say, you know, they're planning on implementing some kind of AI, you know, get involved with AI, but when it comes to the end of the year, it really turns out that only about 5% have actually followed through on that kind of promise. And yeah here, you should listen to him to see, you know, exactly what he said on the topic.

Whit Andrews: What our data implies from the CIO survey is that organizations' ambitions are substantially greater than their capacity to execute on them. So, what you see is -- let's say that you took five CIOs out of 20, right? So, you have 20 CIOs. You grab 20 CIOs, and you put them in a room. Way back, there was only one of them who says that they are doing AI. And then, the next year, I think it was somewhere close to three of them who said they were doing AI. And then, the year after -- that year when there were three of them and they said they were doing AI -- you've also got four to five of them who were like, 'Oh yeah, we're going to definitely get from this side of the room to the next side of the room next year.' And so, those four people are standing there like they are getting ready to play, you know, red rover. They're going to run across, and just one of them gets there. The next year, there's still like four or five over there, and they're all going to get across. This is their year; they're going across. Right, you got it. One of them gets there.

Burns: Interesting. So, did he share any thoughts on where this leaves AI adoption in the enterprise?

Carew: Yeah. So, AI is proven by now and is successful in a lot of use cases, but he said that a lot of organizations have really only done like pilot projects and singular projects, and this is what he and a lot of other experts were recommending several years ago to kind of throw everything, you know, and the kitchen sink at AI, but eventually, these pilot projects end, and then a lot of businesses, you know, have to make the move now from individual ones to kind of a more holistic approach to AI and to get them into like production essentially.

Andrews: So, my advice in 2016 was, 'Hey, if you don't get started, you're never going to get anywhere.' Now, my advice is, 'Hey you probably got started, right?' And they say, 'Yeah, absolutely I did, I got started.' OK, so you've learned your lessons. A very substantial proportion of organizations now employs artificial intelligence, and the challenge increasingly is how you employ it kind of in a commonplace manner, as part of your overall technology strategy and technology directions, how an organization can go from saying, 'Yeah, we're using it' to 'Yep, it's part of pretty much everything we do that deserves it to be included.'

Carew: Andrews said that, when organizations start a pilot project and then that project, you know, comes to an end and fails to deliver results, you know, there's a cost there. And there are hard costs, you know, like, you know, you essentially just wasted budget, you know, but there are also soft costs, like a loss of momentum or now your executives are going to be, you know, more skeptical when it comes to trying to get them to buy in for other AI projects. And these are some of the things that enterprises are dealing with, and they're part of the reason why AI adoption hasn't been as strong as it has been predicted. So, it's really, when you try and implement AI all across the board, you know, and then you get varying results, it's gonna be a harder sell.

Burns: Yeah, it's interesting. It does seem like we're still in that phase where there's just a lot of sort of one-off projects happening. But it's really only the really big tech companies that have implemented AI in any sort of overarching systematic way. And, of course, as with all things this year, I think this is something that the pandemic has impacted to some extent. A lot of IT organizations had to shift their priorities from one thing to another -- just to keep the lights on in some cases. So, that may be another factor I guess that is maybe holding things back for now at least, but so we'll see if next year brings any more clarity or if we finally start to see that wave crashing of AI adoption. And so, to our listeners, if you are interested in this topic, we have a lot more coverage of it on our sites SearchEnterpriseAI.com and SearchCIO.com. So, head on over to those sites, and you can read all about some of the some of the things that are encouraging or holding back AI adoption. So, thanks for taking us through some of your reporting, Joseph, and thank you to our listeners for joining us on this edition of Today I Learned About Data.