What is telecommunications (telecom)?

Telecommunications, also known as telecom, is the exchange of information over significant distances by electronic means and refers to all types of voice, data and video transmission. This is a broad term that includes a wide range of information-transmitting technologies and communications infrastructures, such as wired phones; mobile devices, such as cellphones; microwave communications; fiber optics; satellites; radio and television broadcasting; the internet; and telegraphs.

A complete, single telecommunications circuit consists of two stations, each equipped with a transmitter and a receiver. The transmitter and receiver at any station may be combined into a single device called a transceiver. The medium of signal transmission can be via electrical wire or cable -- also known as copper -- optical fiber, electromagnetic fields or light. The free space transmission and reception of data by means of electromagnetic fields is called wireless communications.

The simplest form of telecommunications takes place between two stations, but it is common for multiple transmitting and receiving stations to exchange data among themselves. Such an arrangement is called a telecom network. The internet is the largest example of a telecommunications network. On a smaller scale, examples include the following:

Data is transmitted in a telecommunications circuit by means of an electrical signal called the carrier or the carrier wave. In order for a carrier to convey information, some form of modulation is required. The mode of modulation can be categorized broadly as analog or digital.

In analog modulation, some aspect of the carrier is varied in a continuous fashion. The oldest form of analog modulation is amplitude modulation (AM), which is still used in radio broadcasting at some frequencies. Digital modulation actually predates AM; the earliest form was Morse code. Modern telecommunications use internet protocols to carry data across underlying physical transmissions.

In many countries, telecom service providers were primarily government-owned and -operated. That is no longer the case, and many have been privatized. The International Telecommunication Union (ITU) is the United Nations (UN) agency that administers telecommunications and broadcasting regulations, although most countries also have their own government agencies to set and enforce telecommunications guidelines. In the United States, the Federal Communications Commission (FCC) is the primary regulatory agency. 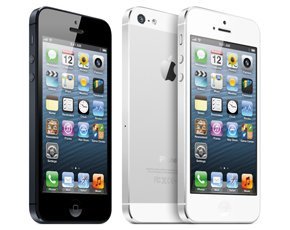 Use of smartphones, such as the iPhone,
was widespread by 2012.

Recently, service providers have been focusing on growing services, such as data and video, as opposed to voice communication services.

The word telecommunications comes from the Greek prefix tele-, which means "distant," combined with the Latin word communicare, which means "to share."