During the next several months, Zoom plans to roll out capabilities that advance its strategy to become a provider of a fully featured platform for unified communications and collaboration.

On Tuesday, Zoom introduced a head-spinning number of features and enhancements to the Zoom One bundle of collaboration applications, which includes calling, chat, whiteboard and video conferencing services. Executives opened the feature fire hose at the Zoomtopia conference in San Jose, Calif.

"They launched a lot of pretty impressive new features, and they're getting closer and closer to being able to stand up against Microsoft Teams across the board," Lazar said.

In August 2021, Gartner placed Zoom in the leaders section of the analyst firm's Magic Quadrant for Unified Communications as a Service, which includes telephony, video meetings and messaging. Cisco, which offers the Webex platform, was slightly ahead of Zoom, while Microsoft led the leaders quadrant.

New features Zoom has launched to close the gap include a mail and calendar client to access third-party email services, such as Microsoft Outlook and Google Gmail. The company also introduced a mail and calendar service for small to midsize businesses with limited IT resources. Zoom made both available as beta products.

Zoom isn't trying to replace Gmail or Outlook in the enterprise market, Lazar said. Instead, the goal is to keep people on the Zoom collaboration platform longer with the new features.

"It's all about capturing eyeballs," he said. "They want their customers living in the Zoom app."

To make Zoom software even stickier, the company introduced Spots, a video meeting place where people can gather informally. People can enter Spots anytime to join existing groups, form a new one or meet one-on-one. The service encourages impromptu conversations like in a physical office, according to Zoom, which plans to launch the feature early next year.

Next year's Zoom platform enhancements also include additional product integration. For example, the company plans to bring in-meeting chat and Team Chat together so that people can access either service from the other.

Other upcoming integrations include the ability to schedule meetings in the Team Chat service. Zoom also plans to make Chat available on the Zoom Phone interface.

"Zoom is all about collaboration after this Zoomtopia, so if you're using Zoom, Teams and Slack, you've got some decisions to make," Knuth said.

Indeed, companies using multiple collaboration products are looking to standardize on one to help cut IT spending during the current economic uncertainty brought on by high inflation. A Morgan Stanley survey of 100 CIOs found that companies picked collaboration software for cost-cutting, trailing only data center buildouts, consulting services, desktops and laptops.

Zoom is also adding improvements to its video conferencing software Zoom Meetings, its most popular service. Early next year, Zoom will apply its AI software, called Zoom IQ, to meeting recordings. The integration will produce summaries, next steps and chapters in transcripts so that people can find the parts that matter most.

In addition, Zoom plans to allow people to narrate and record themselves sharing their screens. After, they can share the clip with teammates. Zoom also stores the video in a central location for future reference.

Companies using Zoom Rooms to connect their conference and huddle room gear to the Zoom ecosystem will also get new capabilities this year. They include adding and sharing Zoom Whiteboard capabilities during a meeting and calling into a Google Meet meeting or vice versa.

Zoom's market strength is in Zoom Rooms and its video conferencing and VoIP products, Metrigy's Lazar said. Holding video gatherings on Zoom Meetings is more straightforward than on Microsoft Teams or Cisco Webex, and Zoom Phone and Rooms are less expensive.

Metrigy's research has found that corporate employees prefer to use Zoom Meetings, and the other two products are less expensive to deploy and operate.

"If you pair them with Teams messaging, it's going to be cheaper than if you try to run Teams Rooms, Teams calling, etc.," Lazar said. 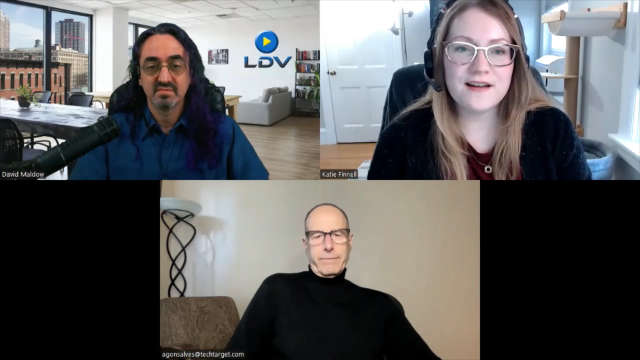 Finally, Zoom plans to offer a virtual agent for the contact center-as-a-service (CCaaS) product it launched in February. Zoom built the agent on technology from Solvvy, a conversational AI platform provider it acquired this year.

The CCaaS agent is an AI-powered chatbot that Zoom claims can handle up to half of customer requests without involving a contact center worker. Zoom plans to launch the Zoom Virtual Agent feature early next year and to make it available in some third-party CRM products.

Zoom's CCaaS is a new entry in the market, so it's behind longstanding vendors such as Genesys, Nice and Talkdesk. Gartner doesn't include Zoom in this year's Magic Quadrant for CCaaS.

Antone Gonsalves is the networking news director for TechTarget Editorial. He has deep and wide experience in tech journalism. Since the mid-1990s, he has worked for UBM's InformationWeek, TechWeb and Computer Reseller News. He has also written for Ziff Davis' PC Week, IDG's CSOonline and IBTMedia's CruxialCIO, and rounded all of that out by covering startups for Bloomberg News. He started his journalism career at United Press International, working as a reporter and editor in California, Texas, Kansas and Florida. Have a news tip? Please drop him an email.