By
When Windows Vista was first released, I decided to play with some of the automated deployment capabilities. I thought it was pretty cool that you could create a Windows image file of a deployment, but it seemed odd that you had to have two separate Vista installations on a machine in order to do it. One installation was the normal, production installation, and the other was an installation used solely for creating and restoring deployment images.

Eventually, I discovered that you could launch Windows Vista from a CD and use that Windows deployment for creating and restoring images. Let's take a look at the process of creating such a CD. Keep in mind, though, that a Windows boot CD has many other uses -- it can be used to run pretty much any executable file.

The first step is to download and install the Windows Automated Installation Kit (AIK) from Microsoft's Web site.

The file that you download will be a 992 MB .IMG file. In case you aren't familiar with the .IMG format, it is basically just a CD/DVD image file. Most commercial media burning software supports the use of image files, but they expect the files to be in .ISO format. The interesting thing about .IMG files from Microsoft is that they really are just .ISO files. That is, if you change the filename's extension to .ISO, you can treat the file as you would any other image file.

Now take a look at the Windows PE Tools Command Prompt window and verify that it points to the C:\Program Files\Windows AIK\Tools\PETools folder. If the command prompt is pointed to a different folder, you must change the path to point to this folder. After doing so, enter the following command:

This command copies all of the X86 files into a folder called c:\WinPE, as shown in Figure A. It is worth noting that the c:\WinPE folder must not be created ahead of time. 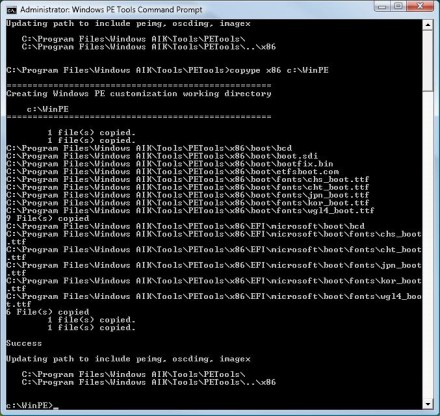 The files that we have copied so far make up the basic Windows PE template. However, you might want to copy some additional program files. For example, I mentioned before that my primary motivation behind creating a Windows PE boot disk is to make it easier to create images of my machines. That being the case, I am interested in a file named Imagex.exe that is located in the C:\program files\Windows AIK\Tools\x86 folder. I create a folder beneath my c:\winPE folder named C:\WinPE\ISO\Image and copy this file to the Image folder. Of course, this step is optional. The beauty of creating a Windows PE template is that you can include the executable files that best meet your needs.

The next step is to apply the Windows PE boot image to your template folder. To do so, go back to the Windows PE Tools Command Prompt, and then switch to the c:\Program Files\Windows AIK\Tools\PETools\x86 folder. Then enter the following command:

Figure B shows what this command looks like in action. 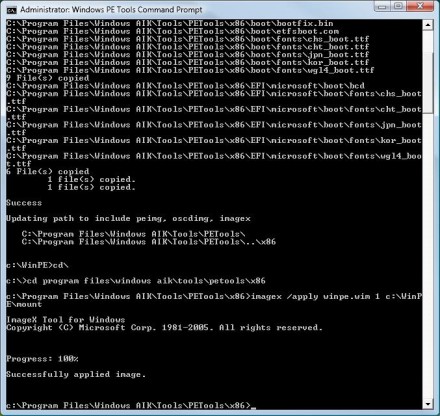 This next step is optional. You can use the PEIMG command to install drivers or prebuilt packages. Here is a list of the available packages and their functions:

If you want to install one or more of these packages, here is the syntax for doing so:

For example, if you wanted to install the WinPE-XML-Package, the command would look like this:

Upon entering this command, you will see a warning message similar to the one that's shown in Figure C. Enter the word Yes when prompted, and the image will be finalized. 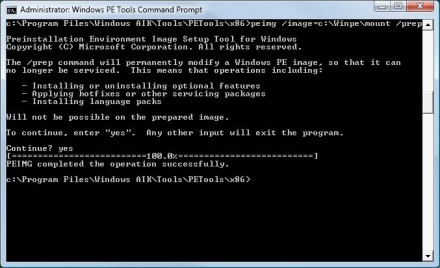 Remember, you must finalize the image.

It is now time to create a Windows Image file (a .WIM file) image of the .ISO template directory. To do so, enter the following command:

You can see an example of the command in Figure D. 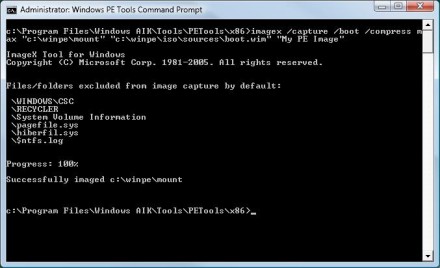 The last step in the process is to create an .ISO image that you can burn to a DVD. To do so, enter the following command:

Figure E shows what the command should look like. 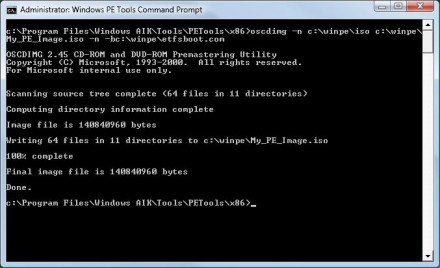 Now, just burn the .ISO image to a disk and boot from it. When your system boots, Windows PE will look something like what you see in Figure F. 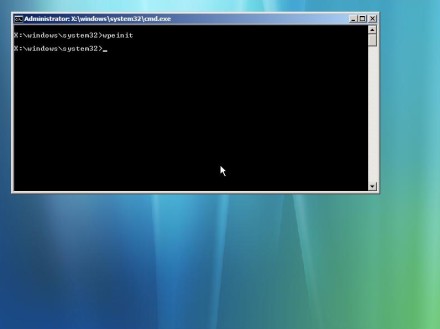