At first glance, there aren't many similarities between an ESXi network and its counterpart in Workstation. Nevertheless, VMware Workstation's virtual networking tools offer everything you need to mirror a complex company network, with different internal networks connected to an external network and routing services. This enables test and development work without affecting the vSphere networking in production.

Not all virtual networks are created equal

VMware vSphere admins take note: Virtual switches (vSwitches), where advanced network settings can be specified, are not available in Workstation. You cannot connect a vSwitch in Workstation. Also, Workstation makes no distinction between the management network and the production network, as you normally see in a vSphere environment.

Those features are missing for good reasons. VMware designed Workstation to work on desktop computers; the typical desktop computer just has one network interface card (NIC) available -- or two if it's a laptop with an Ethernet network card as well as a Wi-Fi network card. An ESXi server networked in a vSphere environment typically includes at least eight NICs, and in some cases even more. 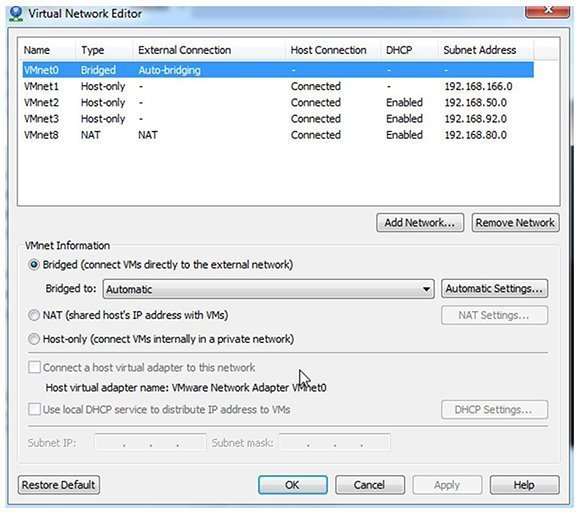 Figure 1. The Virtual Network Editor can create the networks you want to use in Workstation.

Within that limitation, Workstation has much to offer. Even if the physical host has only one NIC, you can easily create virtual machines (VMs) that have several network cards. The virtual computer routes traffic from the physical network, to which the host is connected to an internal host-only network. Now you can emulate a production setup that includes a DMZ.

VMware Workstation gives you very decent topology mirroring with this technique, and allows you to build a test ESXi networking topology. However, do not use Workstation to emulate advanced network features, like VLAN tagging on vSwitches.

To mirror vSphere network topologies, Workstation offers three different kinds of network adapters, all of which can be created with the VMware Virtual Network Editor. Three networks are already there by default. As an administrator, you can add up to a total of 10 virtual networks. That means that even if the host has only one network adapter, you can have as many as 10 different network adapters in any VM.

Try configuring one VM with a public network interface, which is connected to the external network using NAT or bridged mode. At the other side of that virtual routing host, create one or more host-only networks that reflect your internal company network, and even a DMZ network. You'll need to configure routing processes on that public-interface VM to have it mimic a (virtualized) router in the production infrastructure.