What is a molecule?

A molecule is two or more atoms connected by chemical bonds, which form the smallest unit of a substance that retains the composition and properties of that substance. Molecules form the basis of chemistry. Molecules are noted with the element symbol and a subscript with the number of atoms.

Atoms are the fundamental unit of an element. They consist of a nucleus and surrounding electrons. When an atom has an incomplete electron shell, it is said to have valence electrons. When two or more atoms come together to share outer shell valence electrons, a chemical (covalent) bond is formed, and they enter a lower energy state. When atoms bond, energy is released in an exothermic reaction. If the covalent bond is broken and the molecule is split apart, it requires energy input and is thereby endothermic.

A molecule's molecular weight is the sum of all its constituent atoms' atomic weights. Avogadro's number (6.02214076 × 1023) is the number of molecules that constitutes the atomic weight of a molecule in grams (g). For example, water is two hydrogen atoms with a weight of 1 g each and one oxygen atom with a weight of 16 g, meaning that one mole of water molecules weighs 18 g.

The word molecule comes from the Latin molecula meaning a unit of mass. This name was to encompass its original meaning of "the smallest unit of a substance that still retains the properties of that substance." In 1873, James Maxwell defined atom and molecule: "An atom is a body which cannot be cut in two; a molecule is the smallest possible portion of a particular substance." Since molecules were named before their true nature was discovered, it led to what is now an inexact and debated definition. 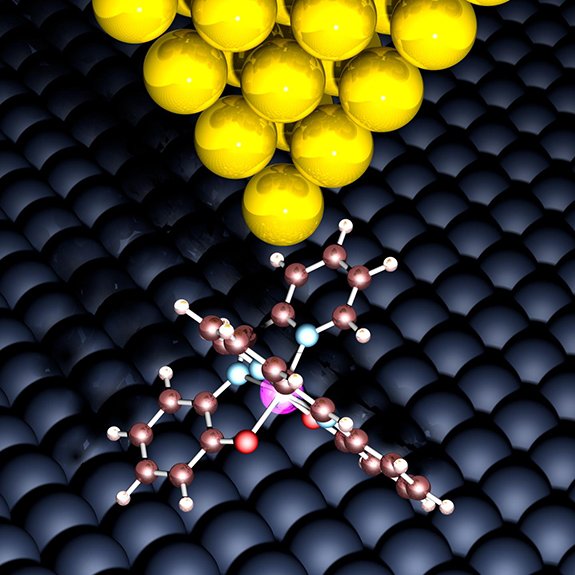 Molecules form the basis of chemistry

Many compounds do not fit the strict definition of a molecule but are common in chemistry and everyday life. Some examples of structures that are not molecular in nature are crystals, minerals and metals.

Noble gases are elements that do not have valence electrons and, therefore, do not need to form covalent bonds to become stable. Some may consider them a molecule composed of only a single atom.

In salts and ionic bonds, there are not conventional covalent bonds, so they are not considered molecules. For example, table salt (sodium chloride) forms a lattice structure held together by ionic bonds. In an ionic bond, the electrons may be shared by many atoms instead of only two as in a covalent bond. These chemical bonds do not result in clear separation of individual molecules. These chemical structures are expressed as the ratios of their constituent elements.

Metals do not use covalent bonds and are not considered molecules. Instead, they form metallic bonds where the free valence electrons are shared between all the various atoms in delocalized electron clouds. The electrons are free to move throughout the entire structure instead of being localized.

B2C, or business-to-consumer, is a retail model where products or services move directly from a business to the end user who has purchased the goods or services for personal use.