The screen door effect is a mesh-like appearance that occurs where visible gaps between pixels are seen on an electronic screen, usually when viewed at close proximity. The name comes from the similarity of the effect to viewing something through the mesh of a screen door. The effect is also known as a fixed noise pattern (FNP). 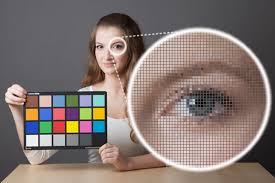 Visual artifacts reduce image quality and the immersive quality of interactive experiences, as a result. The screen door effect can also cause a distraction, eyestrain and headaches in some viewers.

The effect is more common in lower quality screens than high-end devices, and screens with lower pixel densities and dots per inch (DPI) are more likely to display it. It is easier to perceive the screen door effect while looking at one point on a screen and moving one’s head slowly.  The effect is most noticeable when the user is close to the screen or when content is magnified.

Because both of those factors are present when using a virtual reality headset, the screen door effect is a hot issue in VR. Some people perceive and are distracted by the screen-door effect more than others, and fast-paced action games may make the effect less noticeable.

To avoid the screen door effect, users should ensure that their device screens have a high DPI. Displays may also be calibrated to reduce the effect. In the case of VR headsets, the devices may be designed to use lower magnification lenses.

Wearable technology is any kind of electronic device designed to be worn on the user's body.