Static analysis, also called static code analysis, is a method of computer program debugging that is done by examining the code without executing the program. The process provides an understanding of the code structure and can help ensure that the code adheres to industry standards. Static analysis is used in software engineering by software development and quality assurance teams. Automated tools can assist programmers and developers in carrying out static analysis. The software will scan all code in a project to check for vulnerabilities while validating the code.

Static analysis is generally good at finding coding issues such as:

The static analysis process is also useful for addressing weaknesses in source code that could lead to buffer overflows -- a common software vulnerability.

How is static analysis done?

Once the code is written, a static code analyzer should be run to look over the code. It will check against defined coding rules from standards or custom predefined rules. Once the code is run through the static code analyzer, the analyzer will have identified whether or not the code complies with the set rules. It is sometimes possible for the software to flag false positives, so it is important for someone to go through and dismiss any. Once false positives are waived, developers can begin to fix any apparent mistakes, generally starting from the most critical ones. Once the code issues are resolved, the code can move on to testing through execution.

Without having code testing tools, static analysis will take a lot of work, since humans will have to review the code and figure out how it will behave in runtime environments. Therefore, it's a good idea to find a tool that automates the process. Getting rid of any lengthy processes will make for a more efficient work environment.

There are several static analysis methods an organization could use, which include:

In a broader sense, with less official categorization, static analysis can be broken into formal, cosmetic, design properties, error checking and predictive categories. Formal meaning if the code is correct; cosmetic meaning if the code syncs up with style standards; design properties meaning the level of complexities; error checking which looks for code violations; and predictive, which asks how code will behave when run. 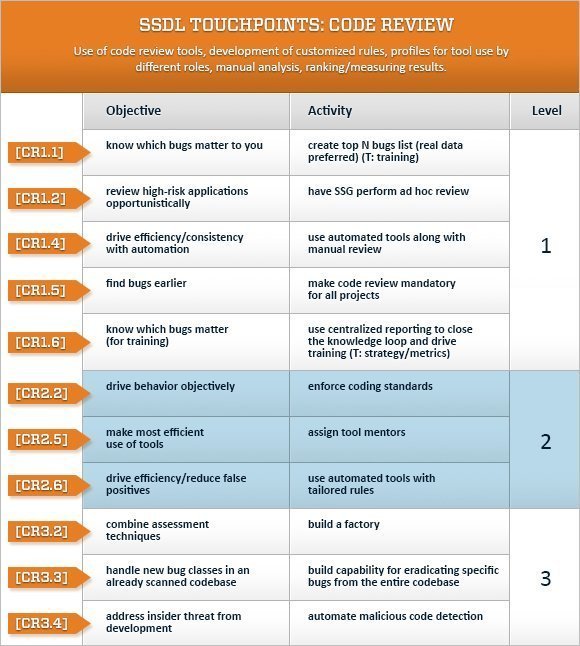 This image shows some of the objectives within static analysis.

Benefits and drawbacks of static analysis

Benefits of using static analysis include:

However, static analysis comes with some drawbacks. For example, organizations should stay aware of the following:

The principal advantage of static analysis is the fact that it can reveal errors that do not manifest themselves until a disaster occurs weeks, months or years after release. Nevertheless, static analysis is only a first step in a comprehensive software quality-control regime. After static analysis has been done, dynamic analysis is often performed in an effort to uncover subtle defects or vulnerabilities. In computer terminology, static means fixed, while dynamic means capable of action and/or change. Dynamic analysis involves the testing and evaluation of a program based on execution. Static and dynamic analysis, considered together, are sometimes referred to as glass-box testing.

Embold is an example static analysis tool which claims to be an intelligent software analytics platform. The tool can automatically prioritize issues with code and give a clear visualization of it. The tool will also verify the correctness and accuracy of design patterns used in the code.

Kiuwan is another example of a static analyzer. It is a large platform that focuses on implementing static analysis in a DevOps environment. It features up to 4,000 updated rules based around 25 security standards. It also integrates well with Jenkins.

PyCharm is another example tool that is built for developers who work in Python with large code bases. The tool features code navigation, automatic refactoring as well as a set of other productivity tools.