In robotics, an end effector is a device or tool that's connected to the end of a robot arm where the hand would be. The end effector is the part of the robot that interacts with the environment. The structure of an end effector and the nature of the programming and hardware that drives it depend on the task the robot will be performing.

End effectors used in manufacturing include:

The end effector on this ABB industrial robot is called a gripper. 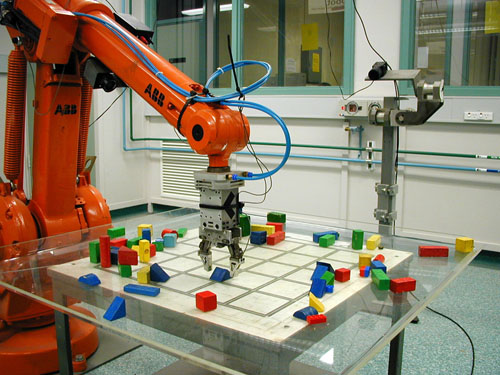 A digital workspace is an integrated technology framework that centralizes the management of an enterprise's applications, data and endpoints, allowing employees to collaborate and work remotely.