Which is correct?
Be careful shopping online: According to security experts, ____ the season for identity theft.
a. ’tis
b. t’is

‘Tis is a contraction of it is. The rule with contractions is that we put the apostrophes where the letters are missing. The word ‘tis is an archaic contraction of the words it is. A similar contraction is ‘twas for it was, as in “‘Twas the night before Christmas.”

Return to the holiday grammar quiz for more questions.

The meaning of ’tis the season

The melody of the Christmas carol Deck the Halls comes from a Welsh winter carol called Nos Galan and the English lyrics were written by Scottish musician and Queen Victoria’s court lyricist, Thomas Oliphant, in 1862.

The “season” in the phrase refers to the time of year that spans from late November, after American Thanksgiving, to January 6 — also known as Little Christmas, Three King’s Day and the Feast Day of the Epiphany.

During this festive season, multiple holidays, including Hanukkah, Kwanza, Christmas and New Year’s Eve feature traditions intended to create a feeling of holiday spirit, a sense of unity and tidings of joy and goodwill. With so many holidays centered on gift giving and merriment, this time of year has become generically known as the holiday season. 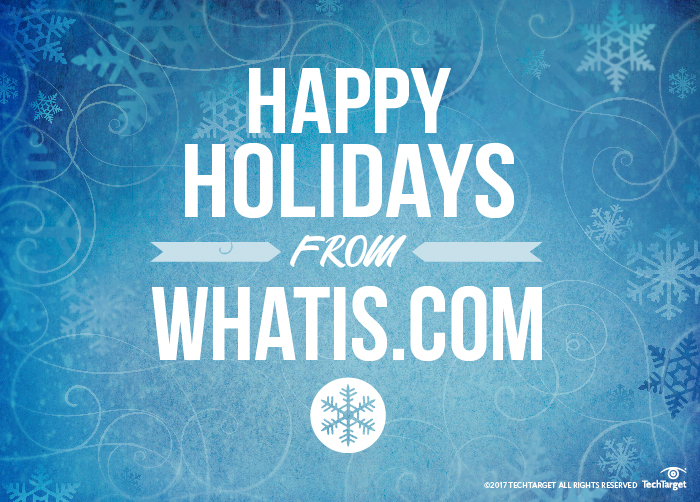 Dig Deeper on Writing for Business